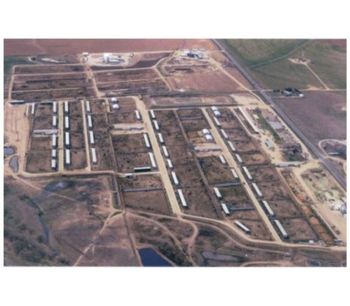 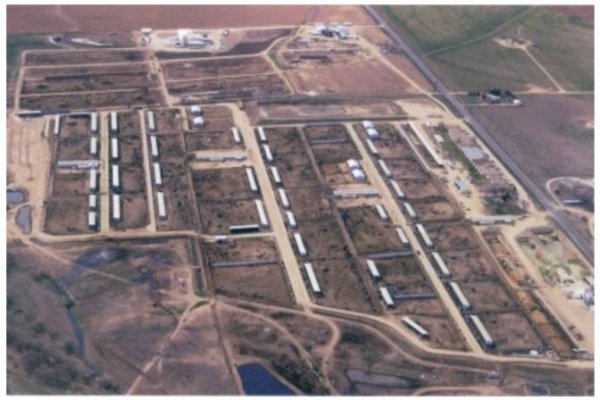 Air emissions attributed to animal agriculture consist of odorous and gaseous compounds as well as particulate matter associated with manure and animal management While localized problems associated with odor tend to get highlighted, gaseous compounds that get released into the atmosphere, such as ammonia and bioaerosols, plus wastewater runoff are becoming major regulatory issues and producers are now being forced to look at more effective measures of treatment and remediation.

Air Pollution:
In pork production, gaseous compounds are primarily generated from anaerobic microbial decomposition of organic matter in animal manure and spoiled feedstuff. Gaseous compounds originate from the breakdown of various specific components of the pig's diet or normal excretion of compounds from metabolism. Greenhouse gases (methane, CII4; nitrous oxide, N2O; and carbon dioxide, carbon dioxide) are derived primarily from microbial decomposition of manure in addition to normal animal respiration (CO2). Particulate matter generates from feed systems, dried manure and animal dander. Airborne microbes, otherwise classified as 'bioaerosols* generate from animals and manure and may be attached to particulate matter (PM). Bioaerosols need not be alive and viable to impair human health, as in the case of bacterial endotoxin. Sources of gaseous emissions in pork production include the buildings that house the animals, manure storage structures and manure during and after land application.

Effluent:
Industrial pig waste contains a host of toxic substances: ammonia, methane, hydrogen sulfide, volatile fatty acids, volatile organic compounds, carbon monoxide, cyanide, phosphorous, nitrates, heavy metals and a variety of drugs and steroids. In addition, some waste has been known to nurse more than 100 microbial pathogens that can cause illness in humans, including salmonella, Cryptosporidium, streptocolli and girardia. A single gram of hog waste can contain as much as 100 million fecal coliform bacteria.

Conventional Treatment Methods:
Pen floors are slatted to allow excrement to fall into catchment pits under the pens, where it is consolidated for expulsion via ducts into large holding ponds or lagoons on the farm property. These ponds are usually numerous and can be as large as 120,000 square feet and up to 30 feet deep. The toxicity of these ponds can be extremely high and the occurrence of contaminates making there way into surrounding water systems is common and very damaging. Even light rains can cause lagoons to overflow; major floods have transformed entire counties into huge contamination areas, resulting in numerous discharge violations and fines to the farmers. To alleviate swelling lagoons, workers sometimes pump the excess waste out and spray the waste on surrounding fields, which can turn hundreds of acres into shallow mud puddles of hog waste.

Some pig-farm lagoons have polyethylene liners, which can become punctured, allowing waste to seep beneath the liners and ferment and inflate the liners like a hot-air balloon, forcing huge amounts of untreated waste out of the lagoon into the surrounding areas.

Regardless of whatever current methods of treatment are being used, studies have shown that these lagoons still emit hundreds of different volatile gases into the atmosphere. A single lagoon releases many millions of bacteria into the air per day, some resistant to human antibiotics. Additionally these farms also release Nitrogen into the atmosphere, in the form of ammonia gas, much of which falls back to earth and deprives lakes and streams of oxygen, stimulating algal blooms and killing fish.

Pollution control may consist of spraying the hog waste from the lagoons onto the fields to fertilize them. But there are numerous shortcomings with this kind of treatment.

MicroMix Implementation:
Due to the nature of the product, the earlier MicroMix is introduced into the system the more effective the overall reduction in time and extent of the remediation required will be.

Treatment at Source:
Micro.Mix should be applied via spray irrigation directly onto the excrement as it falls beneath the slates. Systematic application will ensure that the MicroMix microbes will attach and line the sewage system, where they will continually work to breakdown the organics and contaminates before they get to the settiement lagoons. This will reduce this waste's ability to ferment and produce the noxious odors within the pens as well as significantiy reduce the pathogen levels inside the pens. Once the MicroMix microbiology has reached a sustained optimal level within the system, the introduction of new pathogens will have little chance of survival thereby reducing bioaerosols and improving overall hog health and creating a safer working environment.

Secondary Treatment - Holding Ponds:
Together with aeration and some specific nutrients, MicroMix is applied and mixed into the lagoons directly. PH levels and the Nitrogen to Carbon ratios will need to be maintained for optimal results. Each lagoon will need a one time large dose of MicroMix to repopulate the wastewater with a healthy level of microbes. Thereafter, a minimal maintence dose will be required each day with the introduction of new waste.

Screening System:
As with any sewage treatment, it is necessary for solids to be separated from liquids so that an active microbial sludge is created and sustained within the lagoons. When solids make their way into the sludge, it interferes with the digestive capabilities of the sludge thereby reducing its efficiency and increasing remediation times.

Solids are screened prior to the waste reaching the lagoons and removed for remote composting - this may include undigested food, dead animals, and various other contaminates that cannot pass through the screening systems.

Solid Composting:
Solids are made into heaps, mixed with nutrients and MicroMix, watered and are covered to compost into a valuable fertilizer. Turning and maintenance of moisture, PI I and carbon to nitrogen levels will be necessary.