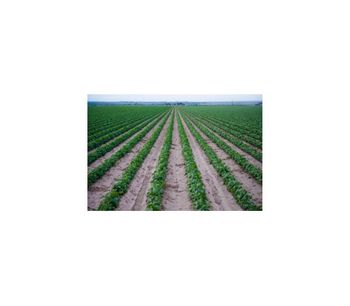 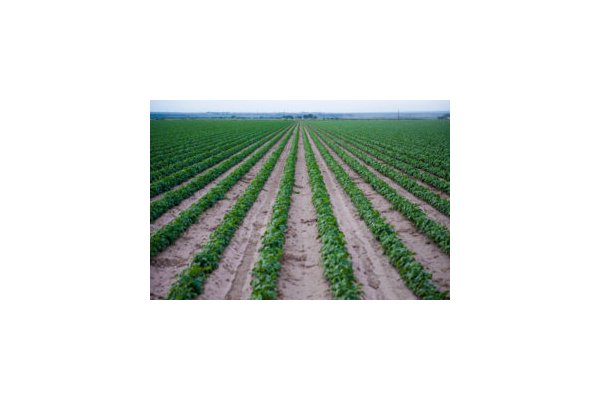 Often farmers are required to use alkaline, effluent, or ground water for irrigation due to location or water availability. The Sweetwater sulfur burner amends alkaline water, leading to improved water and soil conditions. In addition to treating alkaline water and soil, the sulfur burner has substantial agronomic benefits to specific crops. Many of our customers have experienced incredible jumps in crop quantity and quality and other benefits by using the Sweetwater sulfur burner.

Some of the primary benefits of the Sweetwater sulfur burner include:

Agronomics benefits of the Sweetwater sulfur burner include:

Secondary benefits of the Sweetwater sulfur burner include:

Over two-thirds of the world’s irrigation water has poor qualities including high levels of salts, sodium, and/or bicarbonates. Increased industrial and commercial uses of water, depleting aquifers, and constant land development have decreased the availability of high quality water. Farmers and growers often use alkaline water for irrigation because it is the only constant water source or because they live in arid areas. Consistent irrigation with alkaline water directly affects the soil conditions and can cause soil sterilization.

Many soils throughout North and South America have experienced soil surface crusting, high salt, and/or alkali, saline, or sodic conditions. This trend has forced the agriculture industry to seek out specialty irrigation methods to sustain crop yields. The Sweetwater Solution™ sulfur burner enables users to institute an affordable leaching program to maintain or reclaim soil profiles affected by years of irrigation. Continued application by the Sweetwater sulfur burner can have a measurable impact on crop development.

*Sulfurous acid produced on site using a Sweetwater sulfur burner is the most affordable method of acidifying irrigation water in the world. One ton of sulfur produces just over three tons of the equivalent sulfurous acid (1 ton sulfur: 3.06 tons of sulfurous acid). Sulfur is easier to ship, safer to handle, and cheaper than sulfurous acid.

Leach Minerals “Tied up” in the soil – Sodium and calcium bicarbonate bonds often cause salts, fertilizers, and other minerals to amass throughout the soil profile. By lowering pH in irrigation water, the Sweetwater sulfur burner neutralizes the bond between bicarbonates and calcium/sodium. Salts are converted into a soluble form and flushed out of the soil profile. Calcium, fertilizers, and micronutrients otherwise “tied up” in the soil become available for agronomic benefits.

Improved nutrient uptake for all course foliage – Improving soil and water conditions with the Sweetwater technology improves the ability of micronutrient uptake by turf, native plants, trees, and other foliage around the course. Many superintendents have been excited by the improved health and appearance of the whole golf course after adding a Sweetwater sulfur burner.

Reduce Water Ponding and Runoff – Neutralizing bicarbonates and leaching salts and other minerals “tied up” in the soil causes the soil to flocculate leaving a porous earth behind. Porous soils allow water to penetrate deeper into the ground stimulating root growth and reducing water runoff and ponding. Less water is lost to evaporation during irrigation. Deeper and longer lasting water penetration raises the efficacy of irrigation because more water and nutrients are more available throughout the root zone. Deeper roots with sustained nutrient absorption translate into healthier, greener turf throughout the year.

Enhanced ability to deliver sulfur to the root system – Sulfur is an essential nutrient for all plants, although it is classified as a secondary element. Plants that produce protein (eg. alfalfa, legumes) require sulfur. Inadequate sulfur can result in low protein content, off color crops, and low yields.

Many farmers and growers lay solid sulfur tablets, nuggets, or dust at the stem of crops in order to satisfy this need. Although laying sulfur on the soil surface will eventually increase the availability of sulfur to plants, the process often takes years and the results are typically limited.

The Sweetwater sulfur burner converts solid sulfur prill into a liquid form and delivers the liquid directly to the roots causing an instant increase in the amount of available sulfur. Increased sulfur availability often leads to improved protein grades. Adding sulfur as an amendment benefits a number of industries; however it is invaluable to the dairy industry since hay’s protein content directly influences dairy cow milk production.

Improved water quality and algae control – By lowering the pH of the water and reducing bicarbonates and carbonates that tie up salts, most users of the Sweetwater sulfur burner have noticed a substantial decrease of lake algae and pH sensitive pests. The reaction with algae is instantaneous.

Some types of weevil, worms, and other pests are sensitive to the added sulfur content in water and soil. Pests, rodents, insects, fungus, and algae that are sensitive to pH or sulfur abandon ground that is treated by Sweetwater sulfur burners.

The Sweetwater sulfur burner is so effective at neutralizing calcium carbonates and bicarbonates and lowering the pH level of the water that it can cleanse this build up from irrigation systems. Cleansing build up from pipes, sprinkler heads, and sub-surface drip emitters helps to reduce the time, effort, and money spent on replacing parts. It can also protect and prolong the life of costly irrigation systems.