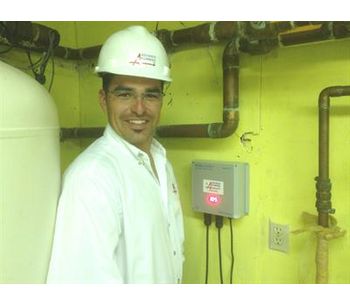 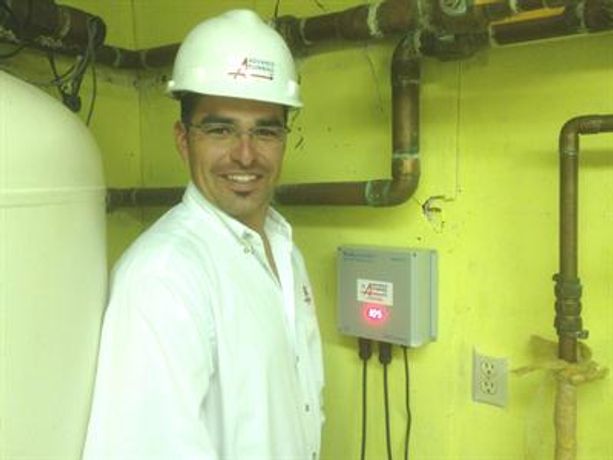 Share Share with Facebook Share with Tweeter Share with LinkedIn
Angel*Haus Condominium, a condo community in Purgatory’s Durango Mountain Resort, Colorado, has replaced its water softener with the computerized, electronic, water-conditioner Scalewatcher from Scalewatcher North America. By installing Scalewatcher, the condominum has improved the water quality, removed the need to buy and store salt and substantially reduced its water costs. Angelhaus Condominium is a modernised 40 unit building containing individually owned one, two and three bedroom units. Located at the base of the Durango Mountain Resort and less than 200 yards from the base lifts, the units are primarily rented out by their owners for skiing and walking vacations. The managing agents were spending around $100 a month on salt for the condominium’s water softener in addition to a further $200 to $700 for regular maintenance to calibrate the unit. Despite this expenditure, owners regularly complained about the poor water quality. “I would also have to spend time and effort hauling the salt downstairs to where the softener was located and I was also conscious we were flushing water down the drain”, said Sarelyn Saint, Managing Agent at Angel*Haus Condominium. Looking for an alternative solution for Angel*Haus Condominiums’ hard water problem, Sarelyn Saint decided to investigate the Scalewatcher system. After presenting the information to his board it was decided to install a Scalewatcher unit onto the main water line. “We had a board meeting just two months after the system was installed and our board members mentioned that they could tell the difference with the water, particularly the dishes and taste of the water”, concluded Sarelyn Saint. “We no longer have to budget for water treatment but best of all I don’t even have to think about it anymore and neither do the owners”. Condos are often on a shared water or loop system, with the pipes running from one unit to the next or are all fed off of a main valve. In hard water areas, scale quickly builds up in pipes and water fed applicances meaning that the water supply has to be regularly turning off for maintenance. Shutting off the service to one unit often means shutting off the service to all the units for work to be carried out. To alleviate the problems, many condominiums purchase water softeners. However, water softeners use copious amounts of both water and salt, which are expensive to buy and salt is also bulky to store. In addition, in many States now, including Southern California, municipalities and water departments are severely limiting, and in some cases prohibiting, the use of salt-regenerating water softeners due to concern regarding the increased levels of salt in ground water. The award-winning Scalewatcher system not only helps building managers meet these regulations by minimizing salt usage but also saves money on salt purchase and has the additional benefit of removing scale from water-fed equipment. The environmentally friendly Scalewatcher provides a permanent solution to hard water problems without the need of chemicals, salt or maintenance. It works by producing a varying electronically applied force field, induced by a coil wrapped around the outside of the pipework, which keeps the minerals in suspension and thus prevents limescale forming. The water’s increased solubility enables it to dissolve existing scale, which is gradually washed away. Scalewatcher models are based on continuous research and over 20 years experience and expertise as market leaders in electronic scale control with countless units sold worldwide. The patented Scalewatcher systems start at $248.00 USD and are capable of treating pipe sizes from one to 120 inches. All Scalewatcher systems come with a full performance guarantee and include free shipping throughout North America