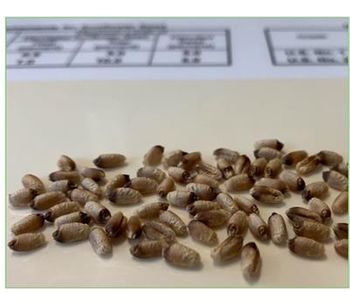 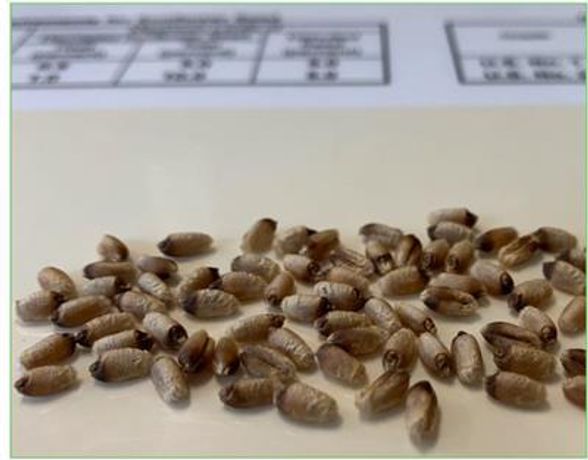 Black Tip is caused by fungus that attacks wheat or barley kernels. In the early development stage the mold results in a decreased yields. In later stages attacks it results in discolored kernels that carry unwanted odors which results in a decrease in the commercial market value of the grain. According to USDA FGIS1, “kernels of wheat are considered damaged for inspection and grading purposes only when the damage is distinctly apparent”. In the U.S. wheat standard, blackened kernels are considered as damaged. For US No. 1 grade wheat, only 2% of damage is permitted and for US grade No. 2 only 4%. This level of damage is critical for the overall wheat quality and the color of produced flour. For example, damaged durum wheat affects the appearance in semolina with undesirable black points.

Vibe developed a new method for fast and objective analysis for black tip detection. The Analysis is based on parametric calibration file created by a proprietary Machine Learning engine used in the Vibe QM3-Grain Analyzer. It take less than a minute to analyze a sample of 25-30 grams with accurate and repeatable results.

Downloads related to this application

Grain Analyzer for Detection of Black Fungus in Wheat Brochure