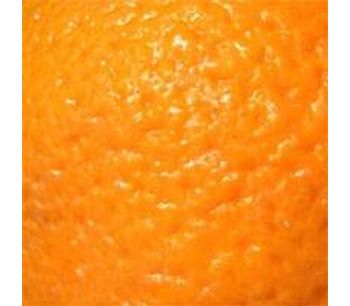 Decagon employees have found some novel uses for the porometer over the years.  Since the sensor head measures stomatal conductance simply by determining vapor flux, they’ve clamped it on everything from fingers to house wrap to raincoats.  But Jan Narciso and her colleagues at the USDA in southern Florida have now “clamped” it on something even bigger…a grapefruit.

In research studies presented and published last year, Narciso and her colleagues used the porometer to measure vapor conductance through tiny holes, but the holes were laser points in fruit peel rather than stomates in leaves.

Laser labeling is a process that replaces the ubiquitous P.L.U. stickers on fruit with labels etched right into the skin of the fruit.  These labels aren’t toxic, they can’t be washed off, and they save time and money for packers, but there are questions about whether or not microorganisms get into the laser holes and how much water is lost through them.

Fortunately, that turned out to be an easy job.  The electronics in the sensor head of the porometer are all located on one side.  Turning it into a “press and read” sensor was just a matter of pushing out the clip pin.  The USDA researchers were able to hold the porometer head against the labeled area and get a water loss reading immediately. Narciso and her colleagues also measured to see how much water loss was stopped by various treatments and coatings.

No comments were found for And the Award for Most Creative Use of a Porometer Goes to…. Be the first to comment!