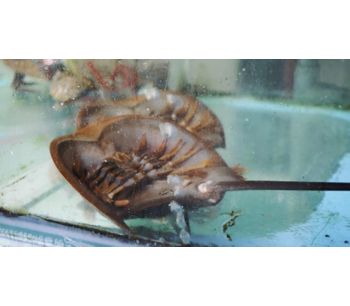 The fifth installment in the series “Happy Fish - How Aquaculture Operators are Growing Better Fish.”

During the seminar, the topic of Nanobubble technology and its ability came up. Luckily, NetPen Industry expert Matt Clarke of Poseidon Ocean Systems had lots to say on the subject. He started by saying, “the good news about the Nanobubble technology that we’ve been developing and deploying is that it’s simple and easy. It’s very cost-effective compared to most options out there and it can be applied to multiple applications: raceway operations, shrimp farms, open nets, to name a few. It’s a really simple solution, in that you need a good oxygen supply and then access to electricity before you’re off to the races.” He paused before jumping in further, “When it comes to Nanobubble technology, between the advanced pumping system and some pretty incredible engineering built into it, the results are really quite staggering. But the nice thing about its implementation is really simple. We don’t need to be too invasive since we’re not talking about building big plants or anything like that. Frankly a couple of pallets worth of equipment could probably handle an entire raceway system.”

Swaying from Nanobubble technology, the topic of Dissolved Oxygen was introduced. The question asked was, “How do Dissolved Oxygen Levels affect a system?” which Tim Sjostrom of Kuterra quickly formulated an answer, “The supply of oxygen is crucial, and like I said before a nice consistent dissolved oxygen level is key to keeping the fish not stressed.” Matt Clarke quickly agreed, “Yeah, dissolved oxygen is what fish breathe. So, if they can’t breathe or if there’s no dissolved oxygen, stress is the first indication. But the end result is mortality. We have it in NetPen operations and we certainly see it in RAS operation, but I think in RAS it’s a different beast all together. I know in NetPen operations, we see significant mortality events due to poor dissolved oxygen. When I speak to the oxygenation aspect of NetPen operations, that’s the part that is still early stage. If we’ve got low D.O. (dissolved oxygen), how do we mitigate it? What’s the solution? There are a lot of different solutions. There’s a lot of ways, or at least theories, out there and how to respond to low D.O. in an open net/NetPen environment. However, there’s the efficiency question- since you’re oxygenating open water. Are you getting all that benefit, or is it drifting out of the pens and being lost? Efficient effective diffusion is really critical.” Despite the challenges of “effectively and efficiently” oxygenating a NetPen system, Clarke outlines his views on if it is worth it for open water systems. “Nonetheless, to answer the question of how important is of oxygen is, it’s all about life and death really.”

Libardo Estupinan, top engineer at Oxygen Solutions Inc, agreed with Clarke, stating, “Oxygen is just that, the life or death for either NetPen or RAS operations. It is critical. The amount of oxygen required also varies with the type of fish, as some require much higher concentration of dissolved oxygen whereas Tilapia, for instance, can be a little bit more resilient to low concentrations of D.O. for a longer time. Regardless, despite fish being able to survive at lower concentrations of oxygen, at some point they will die.”  Sjostrom added in that, “Harvest vessels in Port Harvey have oxygen generators on board. So when they’re harvesting and crowding huge amounts of fish with the diffusion oxygen, their mortality is significantly lower.”

Check out the video linked below to see the whole conversation.

We would love to hear from you if there are any trends in oxygen or ozone that you are noticing by commenting down below. Moreover, subscribe to our blog to get updates whenever we publish new articles!

No comments were found for Nanobubble Technology and Dissolved Oxygen. Be the first to comment!