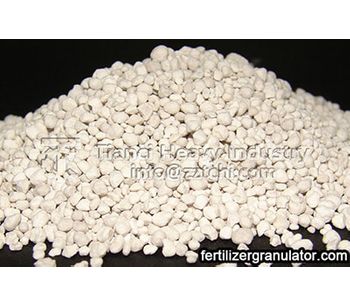 What are the types of agricultural nitrogen fertilizer?

It's important to choose fertilizer for soil and crop

There are many types of nitrogen fertilizers, including compound fertilizers processed through the NPK fertilizer production line, so you may want to know which one to use. The key of agricultural fertilization is to choose suitable fertilizer for soil conditions and crops, and determine when to apply fertilizer. In order to avoid over fertilization and malnutrition, please pay attention to the application amount of fertilizer.
In agricultural production, soil condition is easily affected by climate and other factors, so it is not easy to carry out according to plan. However, it is important to understand and respond to daily situations.

Ammonium chloride is a compound fertilizer containing 25% ammonia nitrogen. It is easy to dissolve and absorb in water, and a small amount of chlorine will remain after absorption, which is very important for the growth of fiber crops. Because it produces less hydrogen sulfide, it also has the function of preventing root rot, which can be expected to be effective for making delicious rice.

Ammonium nitrate contains the same amount of ammonia nitrogen and nitrate nitrogen. It is soluble in water and has an immediate effect, so it does not acidify the soil. However, due to its high moisture absorption, adhesion to wet leaves may have an adverse effect. In addition, due to its explosive nature, care must be taken when handling, e.g. do not mix it with oil.

Urea has a high nitrogen content, more than 40%, which is the same simple fertilizer as ammonium sulfate. Because it has an immediate effect, it's useful to use it when you want it to take effect immediately. It can also be used as liquid fertilizer by dissolving it in water to make it suitable for foliar spraying. However, due to the high nitrogen content, you need to pay attention to over fertilization.

Calcareous nitrogen containing calcium and nitrogen can be used as an effective pesticide to prevent pests and weeds at first. When pesticide components decompose in soil, they are mainly converted into ammonia nitrogen, which can be used as fertilizer effectively. Farmers have been using it for a long time, but due to the effects of inhalation and skin adhesion, they must be very careful when spraying, such as wearing protective masks or glasses.

There are several types of nitrogen fertilizers used in agricultural production. Since each nitrogen fertilizer has a certain effect, it is recommended to use them properly according to the cultivation environment. If organic matter is required, a decomposed organic fertilizer processed by compost turning machine can be used.

No comments were found for What are the types of agricultural nitrogen fertilizer?. Be the first to comment!