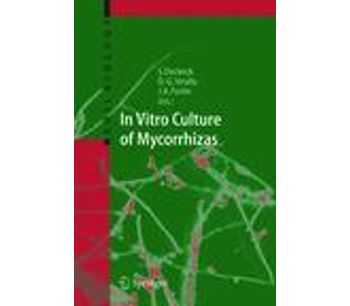 In Vitro Culture of Mycorrhizas

0
Share Share with Facebook Share with Tweeter Share with LinkedIn
Jan. 1, 1900
The technique of in vitro cultivation of root organs has been developed over the past few decades and opens up new ways of studying plant-fungi associations. It is a technical breakthrough, especially for the investigation of the ubiquitous arbuscular mycorrhizal fungi, since these obligate symbionts rely on plant tissue. This is the first book describing this unique in vitro cultivation, which has markedly improved our general understanding of symbiosis. Presented by an international group of authors, including pioneers of this technique, it should encourage researchers to apply the method in further new studies on mycorrhizal fungi and plant-fungi interactions. Various biological aspects such as the physiology, biochemistry, biodiversity, and life cycles of fungi as well as the effects of symbiosis on plant growth and development are described, including large-scale fungus production for biotechnological use. Detailed protocols allow the immediate application of the method to culture mycorrhizal fungi in vitro.

No comments were found for In Vitro Culture of Mycorrhizas. Be the first to comment!