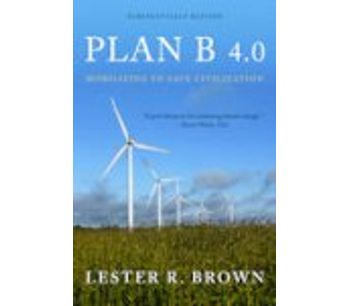 Plan B 4.0: Mobilizing to Save Civilization

Food, the weak link that brought down earlier civilizations, is the sector most affected by climate change. And it could bring our own civilization down if we stay with business as usual.

We are entering a new food era, one marked by higher food prices, growing numbers of hungry people, and an intensifying competition for land and water that has now crossed national boundaries as food-importing countries buy or lease vast tracts of land in other countries.

Unlike earlier world grain price hikes that were event-driven—a drought in the Soviet Union or a monsoon failure in India—and were typically remedied by the next harvest, this recent rise is trend-driven. Among the trends responsible are expanding population, falling water tables, rising temperatures, melting glaciers, and using grain to produce fuel for cars.

The historic grain price climb in the last few years underlines the gravity of the situation. From mid-2006 to mid-2008 world prices of wheat, rice, corn, and soybeans roughly tripled, reaching historic highs. It took the worst economic meltdown since the Great Depression to lower grain prices.

We are in a race between political tipping points and natural tipping points. Can we cut carbon emissions fast enough to save the Greenland ice sheet and avoid the resulting rise in sea level? Can we close coal-fired power plants fast enough to save the glaciers in the Himalayas and on the Tibetan Plateau, the glaciers whose ice melt sustains the major rivers and irrigation systems of Asia during the dry season? Can we stabilize population by reducing fertility before nature takes over and halts population growth by raising mortality?

No comments were found for Plan B 4.0: Mobilizing to Save Civilization. Be the first to comment!