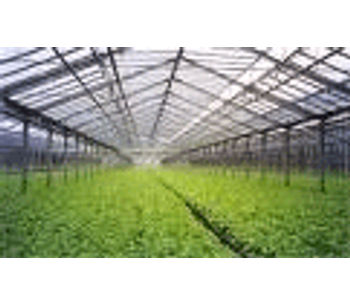 A new biopesticide for the organic food boom

With the boom in consumption of organic foods creating a pressing need for natural insecticides and herbicides that can be used on crops certified as 'organic,' biopesticide pioneer Pam G. Marrone, Ph.D., is reporting development of a new 'green' pesticide obtained from an extract of the giant knotweed in a report scheduled for presentation at the 236th national meeting of the American Chemical Society. That 12-foot-high Goliath, named for the jointed swollen nodes on its stem, invaded the U.S. from Japan years ago and grows along the East Coast and other areas. 'The product is safe to humans, animals, and the environment,' says Marrone, founder and CEO of Marrone Organic Innovations Inc., in Davis, Calif.

The new biopesticide has active compounds that alert plant defenses to combat a range of diseases, including powdery mildew, gray mold and bacterial blight that affect fruits, vegetables, and ornamentals. The product will be available this October for conventional growers, according to Marja Koivunen, Ph.D., director of research and development for Marrone Organic Innovations. A new formulation has also been developed for organic farmers and will be available in 2009.

In one of the presentations by Marrone Organic Innovations (MOI), the progress toward discovery of an 'organic Roundup' — the Holy Grail of biopesticide research — an environmentally friendly and natural version of the world's most widely used herbicide was discussed.

Biopesticides are derived from plants, microbes, or other natural materials and are proven to be safer for humans and the environment. The active ingredient in one of the company's first products, GreenMatch EX, came from lemongrass oil, and microorganisms from around the world are studied in the search for novel and effective natural pesticides. Currently, the MOI R&D team is working on an organic rice herbicide based on an extract from a marine microorganism, as well as on insecticides and nematocides to kill insect pests and soil-inhabiting, parasitic roundworms that affect plants and animals.

Although sales of synthetic pesticides dominate the $30 billion pesticide market, the use of biopesticides is increasing. Officials from MOI estimate that global sales will hit $1 billion by 2010 and grow 10 percent a year on average. Biopesticides could make up 4.25 percent of the global pesticide business in 2010, up from 2.5 percent in 2005. As they become more popular, synthetic pesticides are expected to shrink by 1.5 percent each year over the same period.

What accounts for the changing numbers? Public awareness, Koivunen said. 'I think the time is right, there's more demand,' she said. 'People are becoming more aware of the negative effects of conventional pesticides. At the same time, growers are more willing to switch. They have more choices and incentive compared to 10 years ago.'

All organic farmers must have markets for their food — markets that might not have been available to them a decade ago, Koivunen said. Why are people switching to organic food? 'I think there has been enough scientific evidence that there's a difference between, let's say, conventional tomatoes and organic tomatoes in terms of pesticide residues but also improved taste and higher levels of antioxidants,' she said.

Koivunen adds that the growing popularity of biopesticides and organic foods is not a fluke. In fact, it is part of a much larger development.

'I think it's a combination of the movement of green chemistry, trying to protect the environment and people's thoughts about their own health — maybe not even their health but their kids; and grandkids' health.'

No comments were found for A new biopesticide for the organic food boom. Be the first to comment!