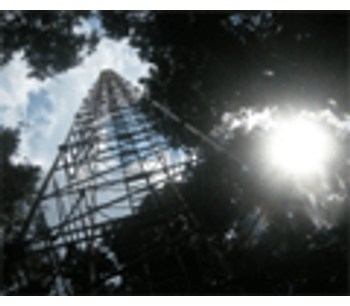 Source: Food and Agriculture Organization of the United Nations (FAO)

Although Africa contributes significantly to global greenhouse gas (GHG) emissions from sources other than fossil fuels, it could be absorbing more carbon from the atmosphere than it puts back in, according to CarboAfrica, an international research project of 15 institutions from Africa and Europe that includes FAO. Studying wild fires in South Africa's Kruger Park, carbon dioxide flows in the rainforest of Ghana or weather patterns in Sudan, CarboAfrica's research indicates that, as opposed to its minor part in global GHG emissions from fossil fuels — less than 4% of the world's total — Africa makes a major contribution to GHG emissions from natural sources, FAO said today.

As to deforestation and fires, Africa accounts for 17 percent and 40 percent of the global aggregate emissions respectively. In addition, it strongly influences the atmospheric variations of CO2 between seasons, and from year to year — half of them can be attributed to Africa.

'These first results show that Africa plays a key role in the global climate system,' said Riccardo Valentini of the University of Tuscia, Italy, and project coordinator of CarboAfrica, which was set up in 2006 with € 2,8 million of funding from the European Commission's research department.

It's the carbon cycle

What matters most though, Valentini stressed, is the balance between carbon captured through photosynthesis by Africa's vast expanse of forests and savannas, and carbon released into the atmosphere as a result of deforestation, fires and forest degradation — Africa's ‘carbon cycle'.

'Our evidence so far indicates that Africa seems a ‘carbon sink', meaning that it takes more carbon out of the atmosphere then it releases,' Valentini said. 'If confirmed, this implies that Africa contributes to reducing the greenhouse effect, thus helping mitigate the consequences of climate change.'

CarboAfrica has been observing Africa's Sub-Saharan carbon cycle through a network of monitoring stations in eleven countries for the last two years.

The preliminary results, to be finalized by 2010, will be discussed at a conference in Accra/Ghana (25-27 November 2008), that is bringing together over 100 participants from the international scientific community, governments and the United Nations.

'We should reach out to farmers in Africa, teaching them how to use their land and their forests in such a way that Africa's carbon cycle becomes our ally in the battle against climate change,' she said. 'It is crucial, and possible, that such efforts contribute to increasing food security at the same time.'

Ms Semedo stressed that through appropriate soil management, such as practiced by conservation agriculture, GHG emissions from agriculture can be reduced, while at the same time increasing productivity and even harnessing agriculture against the woes of climate change.

In line with the UN's Convention on Climate Change, avoiding deforestation and extending Africa's forest cover, should be another top priority.

No comments were found for Africa could reduce greenhouse gases, says UN. Be the first to comment!