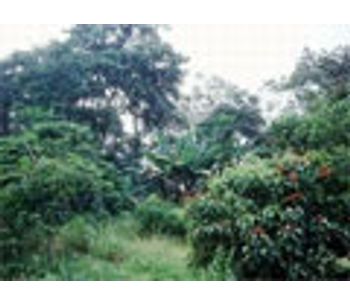 The African Development Bank Group is planning to invest US$814 million in biodiversity conservation and natural resources management in Central Africa's Congo Basin, the group's president announced today.  Bank Group President Donald Kaberuka made the pledge at a two day conference on financing mechanisms for the sustainable management of Congo Basin forest ecosystems that opened Thursday in Tunis. He said the Group is also preparing a regional integration program on the conservation of biodiversity and the improvement of ecotourism in the Great Lakes region worth US$65 million.

'The forests of the Congo Basin cover a large part of central Africa and represent the second largest remaining humid tropical forest in the world,' said Kaberuka.

'In terms of size, these forests, which play major economic and climatic roles, constitute a vast water basin and potential carbon reserve. But unfortunately, their existence is under threat mainly due to factors relating to poverty and governance crises, including prolonged conflicts,' he said.

Through conservation, sustainable management and improvement of the Congo Basin ecosystems, Kaberuka said, the process of carbon extraction could be improved to benefit the local population in particular and the world in general.

To help combat these threats, a component on institutional support for the executive secretariat of the Central Africa Forests Commission, or COMIFAC, will be presented to the Bank Group's board of directors later this year, Kaberuka said.

In his opening remarks, Equatorial Guinea Vice-Minister of Agriculture and Forestry Domingo Olomo Nve, representing COMIFAC, commended the Bank Group for fulfilling the pledge it made in 2005 to help COMIFAC implement its Convergence Plan as well as sub-regional and national initiatives that will help to reduce poverty in the area.

The Congo Basin covers 200 million hectares – comprising 18 percent of the world's tropical forests – and is inhabited by 400 mammal species and more than 10,000 plant species. It is home to thousands of indigenous people, who depend on the ecosystem to sustain their livelihoods.

The conference is expected to produce a declaration on the sustainable management of forest ecosystems in the Congo Basin.

The African Development Bank Group is expected to announce the design of an institutional support project for the COMIFAC Executive Secretariat and other partners responsible for the management of natural resources in the Congo Basin.

The Bank Group has initiated discussions that will enable it to host the secretariat of the trust fund on Congo Basin forests, the president said.

The African bankers are working with the World Bank and the Global Environment Facility to carry out future projects in the areas of forest resources management and climate change.

Last year, the African Water Facility, which is hosted by the Bank Group, allocated a grant of € 2 million to the riparian states for the preparation of a strategic action plan for the sustainable management of the basin's water resources, which is looked after by the International Commission of the Congo-Oubangui-Sangha Basin.

The African Development Bank Group is currently funding 80 ongoing operations to the tune of US$2.7 billion in all sectors of activity in the 10 countries of COMIFAC.

The conference is attended by COMIFAC representatives, ministers and officials of the Congo Basin region, civil society groups, representatives of international organizations as well as other Congo Basin partners such as the UK, Germany, Belgium, Canada, the European Commission, the United States, France, Japan, the Netherlands, Italy and Spain.

No comments were found for African Development Bank to fund $814m Congo forest conservation. Be the first to comment!