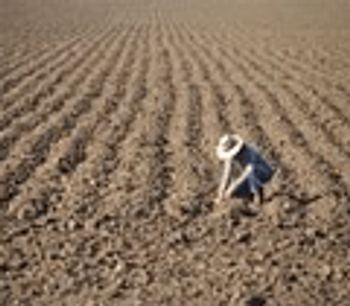 The progressive degradation of useful soils for agriculture and farm animal husbandry is a growing environmental and social problem, given that it endangers the food safety of an increasing world population. This fact prompted the Basque Institute for Agricultural Research and Development – Neiker-Tecnalia – to design a series of research projects in order to evaluate alternative agricultural practices, as a function of their capacity to combine the productivity of crops with the health of the soil.

Conclusions of great interest for the agricultural and animal husbandry sector were drawn from the studies. Neiker-Tecnalia was able to show that, on extensive mountain pastures, lime sand and wood ash are a viable alternative to quicklime as a liming material. In moderate doses, both products slightly correct the acidity of soils and, at the same time, produce a balanced increase in their short-term biological activity, as well as an increase in the productivity and the nutritive value of the pasture. Besides this, no significant changes were observed in the floristic composition of the pastures one year after the application of these liming materials

In the case of intensive crop rotation at lowlands, it was observed that the use of cattle slurry as organic fertiliser, the use of the non-tillage (direct sowing) technique and the incorporation of legumes as winter crops enable the reduction of production costs, compared to mineral fertiliser, conventional tillage and a single grass crop respectively. As a consequence, the economic yield of the farms is enhanced. Moreover, the application of fresh cattle slurry, especially in combination with non tillage, favours the activity and the functional diversity of edaphic microbial communities, as well as the abundance of earthworms. Nevertheless, non tillage may give rise to problems of compacting in fine-textured soils, from the second year of intensive rotation.

Neiker-Tecnalia also carried out trials with microcosm-scale fodder species and which showed that the application of the glyphosate herbicide in doses normally employed in agriculture may affect the non-targeted edaphic organisms and, in particular, the functional diversity of rhizospheric microbial communities. Regard to this, the measures related to bacterial functional-catabolic diversity are more sensitive to glyphosate than those based on structural-genetic diversity.

From this research, it was concluded that the biomass, the mineralizable nitrogen, the activity and functional diversity of the edaphic microbial communities, as well as the abundance of earthworms, have a fast and high sensitivity response to the changes that agricultural practices produce in the soil. This is why they are high potential tools when evaluating alternative agricultural practices, within the framework of a necessary transition to an agriculture that is more respectful to the environment and that harmonises crop productivity with the protection of soil health and quality in the long-term.

No comments were found for Alternative agricultural practices combine productivity and soil health. Be the first to comment!