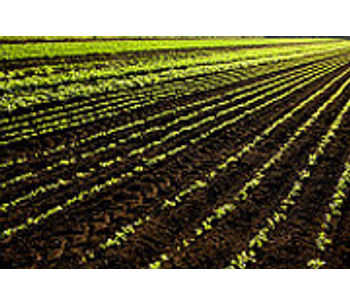 An Agricultural Research Service (ARS) scientist is working with an international group of researchers on a project to improve the livelihoods of people in rural Ecuador by promoting the conservation and use of indigenous crops.

People in and around Cotacachi, in the northern Andean highlands, have been farming for thousands of years, and the result is a stunning diversity of crops, some of them little known outside the Andes. But many people now work away from their farms, prompting concerns that some of the crops, along with the associated cultural traditions, may be lost, according to Karen A. Williams, a botanist in the Plant Exchange Office of the ARS National Germplasm Resources Laboratory in Beltsville, Md.

Williams, who has been working in Ecuador periodically since 1995, helped set up and now advises the Cotacachi project. As part of that project, scientists at Ecuador's National Department of Plant Genetic Resources have saved samples of much of the crop diversity in their genebank. Farmers also have exchanged seeds at fairs and worked with the scientists to evaluate crop varieties. A food-processing plant was built to package products made with crop varieties provided by a farmers' cooperative.

The project also has promoted tourism. Tourists stay with local families, participate in traditional farm practices and sample local foods. At the community-run ethnobotanical garden, visitors and school children learn about the extensive variety of traditional crops and the importance of conserving them.

The project has been funded mainly by the U.S. Department of Agriculture (USDA) Foreign Agricultural Service. Partners include the Union of Indigenous and Peasant Communities (UNORCAC), an indigenous community organization; Bioversity International, an international organization with a mandate to advance the conservation and use of genetic diversity; and the Ecuadorian National Agricultural Research Institute, the ARS equivalent in Ecuador.

The project was in large part responsible for the United Nations Development Program awarding UNORCAC the Equator Prize in 2008 for its efforts to conserve and utilize agricultural biodiversity.

ARS is the principal intramural scientific research agency of USDA.

No comments were found for ARS helps preserve indigenous crops in Ecuador. Be the first to comment!