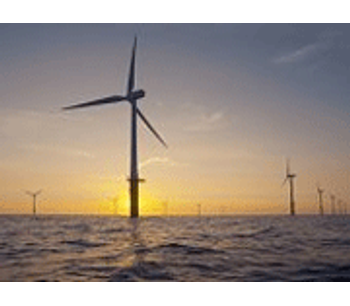 E.ON Climate & Renewables has reached a further milestone in the expansion of offshore wind power in the Baltic Sea. Rödsand lies between the German island of Fehmarn and the Danish island of Lolland. Half of the foundations and the first cables to carry the electricity from the ninety wind turbines to the transformer station have already been successfully laid and the cable work continues. All work is running to schedule and the wind farm will be connected to the grid in the autumn of 2010, as planned.

When built, Rödsand II will be the biggest operational offshore wind farm in the E.ON Group. With a capacity of more than 200 MW, it will provide enough clean, renewable energy for 230,000 homes. The turbines, each with capacity of 2.3 MW and rotor diameters of 93 metres, are being supplied by Siemens. The wind farm will cost around € 400 million to construct. E.ON is already one of the operators of the offshore wind farm, Rödsand I, which has a capacity of 160 MW and is located three kilometres east of the new wind farm.

Frank Mastiaux, CEO of E.ON Climate & Renewables: “Work is going to schedule and we are making rapid progress with the expansion of our offshore wind farms. The expansion of wind power at E.ON does not conflict with other power generation technologies. In a future-proof energy mix, all energies will play a role. E.ON will invest eight billion in renewables by 2011 and will top the two gigawatt mark with renewables in 2015. The figures show that companies like E.ON are instrumental to the break-through of offshore wind energy.”

Only a few weeks ago, E.ON commissioned Robin Rigg, a 180 MW wind farm off the coast of Scotland. In addition to Rödsand II, the first high-sea wind farm, Alpha Ventus, is also being constructed. E.ON is also a partner in the world’s largest wind farm project, London Array. The giant 1000 MW wind farm will be built in the Thames estuary. In total, E.ON has 3.1 gigawatts in the development pipeline.

No comments were found for E.ON reaches milestone in the largest Baltic Sea wind farm. Be the first to comment!