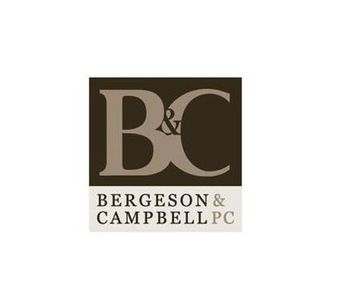 On November 24, 2020, the U.S. Environmental Protection Agency (EPA) announced the availability of, and requested comments on, the updated Draft Guidance for Plant Regulator Products and Claims, Including Plant Biostimulants (Draft Guidance).  The original Draft Guidance (2019 Draft Guidance) was made available on March 27, 2019.  EPA states that the updated Draft Guidance “incorporates diverse and helpful changes made in response to stakeholder feedback” received during the initial comment period in 2019 and “clarifies which biostimulants, biological substances, and mixtures, in addition to the associated product label claims, EPA considers plant regulators.”

Updates to the Draft Guidance

EPA made several changes to the Draft Guidance.  Of note, the Disclaimer section of the Draft Guidance EPA now states that the “contents of this document do not have the force and effect of law and are not meant to bind the public in any way.”  It states further that the “document is intended only to provide clarity to the public regarding existing requirements under the law or agency policies.”

Additional changes of interest to the updated Draft Guidance include:

The Agency historically has had a claims-based approach to pesticide regulation, but emphasizes that the term “claims-based” does not mean “claims-only based.” As the Agency has explained, “…the term “pesticide product” will be used to describe a particular pesticide in the form in which it is (or will be) registered and marketed, including the product’s composition, packaging and labeling.” (49 FR 37917, September 26, 1984.) The Agency has always considered the composition of a product, as well as its associated claims, when making a regulatory determination, which is reflected in 40 CFR 152.15.

When claims for increased or decreased growth, yield, germination, maturation, etc. are consequent to intended uses of products or substances as plant nutrients (fertilizers), plant inoculants, soil amendments, and/or as other non-pesticidal uses, such products and substances may be excluded from regulation under FIFRA in the absence of any plant regulator claims. The example claims listed in Tables 1a through 1c are specifically tied to the exclusions from the FIFRA definition of a plant regulator and are worded as such. When such claims for accelerating or retarding the rate of growth, or maturation, the behavior of plants, or the produce thereof are made without qualification or reference to a specific exclusion, such claims are and will continue to be considered plant regulator claims.

The Agency recognizes that CPPA, humic acids, seaweed extracts and other PBS products may possess multiple modes of action that are occurring simultaneously when applied to plant foliage, roots, seeds, other propagules, and to the soil.  The Agency also recognizes that not all uses of PBS may be intended for plant regulator or other pest control purposes.  If it can be demonstrated that a particular product has the activity claimed on the product label (and any other informational media) and does not make any plant regulator or pest control claims on the product label (and any other informational media) it may be excluded from FIFRA regulation.  Pursuant to 40 CFR 152.15(b), the Agency will consider whether a substance “has no significant commercially valuable use” other than as a pesticide, when considering whether the substance (or product) is a pesticide.  If it can be demonstrated that the substances contained in such products may have significant commercially valuable uses other than as plant regulators (i.e., pesticides), they may be excluded from regulation under FIFRA in the absence of any plant regulator claims (see examples in Table 3) and in the absence of any other pesticidal claims (e.g., anti-plant pathogen claims).  Review of such “multiple use” products may be conducted by the Agency under PRIA Code M009.

For example, if a product containing seaweed extracts or humic acids is intended for use in alleviating abiotic stress (e.g., extreme temperature, drought/salt stress) on plants, or for stimulating increased nutrient assimilation from the soil, is labeled using product claim examples (Tables 1a-c and 2), and can provide product performance data supporting such product claims, the product may be excluded from regulation under FIFRA.

No comments were found for EPA Seeks Comments on Updated Draft Guidance for Pesticide Registrants on Plant Regulators and Claims, Including Plant Biostimulants. Be the first to comment!