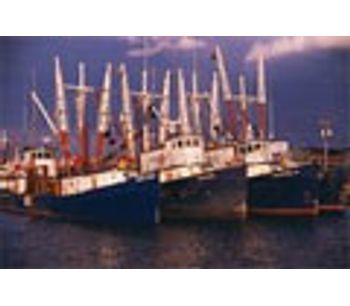 The European Commission has started a consultation exercise on its initiative to reform the control system of the Common Fisheries Policy (CFP).  Strengthening control and enforcement is one of the main pillars of the CFP reform process begun in 2002. However, as underlined by recent reports from both the Commission and the Court of Auditors, serious shortcomings persist in this area.

Primary responsibility for implementation and control of the CFP lies with the EU Member States, within a framework agreed and laid down by the Council of Ministers.

The purpose of the consultation is to establish what action is both desirable and appropriate at EU level, and to gauge the probable impact of the initiatives under consideration.

A detailed consultation paper has been published on the Internet, and stakeholders and citizens have until 5 May 2008 to provide the Commission with their views.

European Commissioner for Fisheries and Maritime Affairs Joe Borg, commented 'We need a global approach to ensure the effective application of fisheries measures. This is why the new control regime should cover all the steps from the vessel to the consumer.

'It must help spread a culture of compliance among all operators and deter those prepared to operate illegally as their individual actions undermine the sustainability of our fisheries. It should also be simpler, more uniform and cost effective than the current one.'

Continued failure of the control policy would have serious consequences for the future of fisheries resources, the fishing industry and the regions that are dependent on fishing.

The Commission is therefore launching a public consultation on how CFP control should be improved and strengthened to make it fit to deliver the core goals of the Common Fisheries Policy, namely, a genuinely sustainable European fishing industry. A meeting with stakeholders will be held by the end of April 2008. T

he consultation exercise will lead to a proposal for a new Council regulation in October. This will replace the existing one which dates back to 1993.

Many weaknesses in the existing control system have been identified by the Commission, for instance in its most recent report on the monitoring of the Member States' implementation of the Common Fisheries Policy published in April 2007.

This analysis was subsequently confirmed by the Court of Auditors in their report on data collection, control and enforcement under the CFP published last October National catch registration systems have numerous shortcomings and basic data are incomplete and unreliable.

The consultation paper also points out that Member States do not make optimal use of inspection activities, dedicating too many resources to controls at sea and not enough at the time of landing and marketing of the catch. It also underlines the Commission's limited capacity to evaluate the situation in the Member States.

Follow-up procedures do not guarantee that sanctions are imposed. Sanctions are either non-existent or not dissuasive. The only procedure available to the Commission is 'action in the event of failure' – the opening of an infringement procedure - which is a lengthy procedure.

No comments were found for European Commission launches fisheries control system consultation. Be the first to comment!