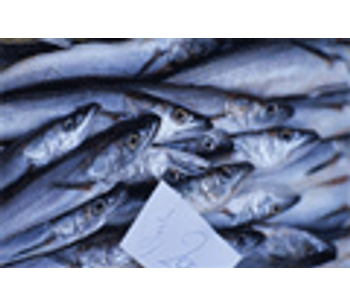 The European Commission has adopted a proposal to amend the cod recovery plan which has been in place since 2005. Recent scientific advice from the International Council for the Exploration of the Sea (ICES) concludes that the current measures have been inadequate to reduce fishing pressure on cod to the point where it could allow the stock to recover. Of the four cod stocks concerned, only North Sea cod has shown some limited signs of recovery. The main changes proposed include new objectives based on limiting the amount of fish removed from the sea by fishing rather than on targeting defined amounts of cod in the stock concerned, simplification of the fishing effort management system and a more flexible approach in adapting the rate of fishing pressure reduction to different stages of recovery.

There will also be specific mechanisms to encourage the reduction of discards and to encourage the application of cod-avoidance programmes. The plan would also be extended to cover the Celtic Sea cod stock.

The Commission's proposal is based on the collective experience of implementing the plan over the last three years, and on the opinions of stakeholders as summarised in the symposium on cod recovery held in March 2007.

European Commissioner for Fisheries and Maritime Affairs Joe Borg commented, 'There is a consensus on the need to revise the cod recovery plan. The Commission has listened carefully to stakeholders. Clearly, there are no magic formulas to help the recovery of the cod stocks. We need to fish less and better. However, what the Commission proposes is an approach that is more effective, flexible and pragmatic and which provides the necessary tools to Member States and the sector to help cod recover.'

The revised cod recovery plan would replace the targets set in the current plan in terms of biomass levels (the physical quantity of fish in the sea), with new targets expressed as an optimum fishing rate intended to guarantee the highest sustainable yield. This approach reflects the changes being brought about in the marine environment by global warming, which require the use of more flexible benchmarks than biomass targets. The proposed revision will also introduce a new system of effort management - currently expressed as days at sea – by setting effort ceilings (expressed in kilowatt-days) for groups of vessels or fleet segments. These ceilings would be managed at national level by the Member States.

The new system will be simpler, more flexible and more efficient than the current approach, where the effort limitations set at EU level are complicated by numerous derogations introduced to adapt to specific local situations. Reductions in effort will be proportionate to the targeted reductions in fishing mortality for the segments that contribute most to cod mortality whereas for other segments concerned will be frozen at the average level for the 2005-2007 period.

A flexible approach will also make it possible to graduate catch and effort limitations in line with improvements in the biological condition of the cod stocks concerned. Fishing mortality would thus be reduced year-on-year by 25%, 15% or 10% depending on the gravity of the condition of the stock, until the target mortality rate of 0.4 has been met. The current fishing mortality is estimated to range from 0.7 to 1.

In those cases where scientists are unable to provide the Commission with adequate data and advice, the plan now establishes clear rules to be followed, namely, a 25% reduction in fishing mortality when scientific advice recommends reducing catches to the lowest possible level, and a 15% reduction in all other cases. This will avert the problems encountered under the original plan, where the lack of clear scientific guidance led Council to set annual catch limits on a purely ad hoc basis.

Discard reduction is key to the Commission's approach to more sustainable fisheries. This is particularly important in the fisheries covered by the cod recovery plan as they are essentially mixed fisheries (several species are caught together). As a result, it is difficult to achieve the right balance between limiting fishing pressure on vulnerable cod stocks and allowing fishers to take advantage of the healthy state of other stocks, which underpin their ability to make a living. New measures are therefore proposed to encourage fishers to engage in cod-avoidance programmes.

The Celtic Sea cod stock was excluded from the 2004 cod recovery plan. However, recent evaluations confirm that this stock is as overexploited as are the other cod stocks in EU waters. It is therefore necessary to include it in the recovery plan. New control provisions are also proposed which are adapted to the new structure and measures introduced by the revision.

The Commission's proposal is based on input from stakeholders, and on scientific advice from both ICES and the Commission's own Scientific, Technical and Economic Committee for Fisheries (STECF). In particular, STECF recommended the need for much faster reductions in fishing pressure on cod, so as to achieve fishing rates in the region of 50% or less of those seen in recent years.

The cod recovery plan was the first long-term management plan to be adopted by the EU in the wake of the 2002 Reform of the Common Fisheries Policy. The overall objective of the plan was to ensure the recovery of the cod stocks concerned to the precautionary stock sizes advised by scientists within a time frame of five to ten years. The cod stocks covered by the 2004 plan were those in the North Sea, Kattegat and Skaggerak, the Eastern Channel, the Irish Sea, and West of Scotland.

No comments were found for European Commission proposes review of measures to hasten cod recovery. Be the first to comment!