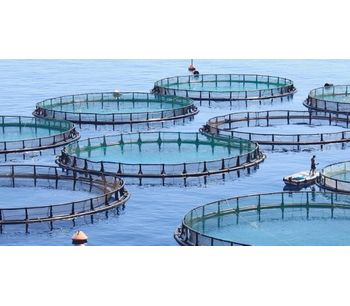 Fish farms, and the protein supply of over three billion people, are at increasing risk from algal blooms.

London, UK -- Toxic algal blooms that can kill fish – and sometimes humans – cause severe economic losses and are an increasing danger to food supplies.

The threat has increased dramatically, not because the quantity of algae is necessarily increasing, but because humankind is relying more and more on aquaculture to provide fish. There has been a 16-fold increase in fish farming since 1985.

Around 3.3 billion people rely on seafood for a fifth of their animal protein, and it is an increasingly important source as land-based agriculture faces great strains because of climate change.

An international team of scientists who carried out a statistical analysis of three sources, notably HAEDAT, the Harmful Algal Event Database, covering the years from 1985 to 2018, report their findings in the journal Nature Communications: Earth & Environment.

Their analysis, the first of its kind, was undertaken because of a widespread belief that the problem is worsening. They say it may only appear to be more acute because wild fish, unlike those in fish farms, can swim safely away from algal blooms. So it is possible the blooms have simply not been reported as often because fish have managed to avoid them.

They write: “Global trends in the occurrence, toxicity and risk posed by harmful algal blooms to natural systems, human health and coastal economies are poorly constrained, but are widely thought to be increasing due to climate change and nutrient pollution. . .

“We find no uniform global trend in the number of harmful algal events and their distribution over time, once data were adjusted for regional variations in monitoring effort.”

However, a new factor that may be increasing the danger of algae to aquaculture is climate change. This is because harmful blooms have occurred in temperature increase hotspots in the Asia Pacific region and off the coasts of Chile and south-east Australia. Other climatic factors such as ocean acidification, nutrient alterations and lower oxygen levels are also playing a role.

The researchers did though discover wide variations across the world in the incidence of harmful blooms, with some areas having reduced human poisoning and fish kills and others increasing occurrences. The reason is not known.

The use of coastal waters for aquaculture has been the key driver for the reporting of blooms, because the mass fish mortality has led occasionally to disastrous long-lasting economic impacts. This in turn has driven awareness of new harmful algal species and new toxin types.

There are about 5,000 species of marine phytoplankton, of which 200 can harm humans through the production of toxins that either make them ill or kill the fish or shellfish they would otherwise eat. Some toxins also kill marine mammals, particularly their calves.

By December 2019 a total of 9,503 events of harmful algae had been recorded from across the world. Nearly half were of toxins in seafood; 43% of blooms caused water discolouration or surface scum, producing other impacts, for example on tourism. Around 70 incidents caused mass animal or plant mortality.

The researchers say shellfish toxin outbreaks are now well-managed in developed countries and economies can recover swiftly, although  aquaculture industries can take many years to rebuild after mass mortality. The problem is becoming more acute because of the increasing reliance of an ever-larger human population on fish protein for survival.

The scientists conclude that algal blooms are an increasing threat to the world’s food supply because of humans’ ever-growing reliance on aquaculture for protein. They recommend a worldwide sharing of knowledge and data in order to keep a check on the problem and how to control it. – Climate News Network

No comments were found for Fish supplies face rising threat from algal blooms. Be the first to comment!