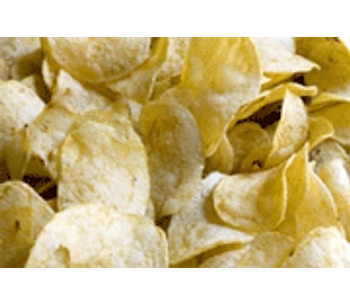 Source: Food and Agriculture Organization of the United Nations (FAO)

The Codex Alimentarius Commission, (CAC) concluded a week-long meeting and adopted more than 30 new international standards, codes of practice and guidelines to improve worldwide food safety and protect the health of consumers.

New standards adopted by the Commission include:

Reduction of Acrylamide in foods

The Commission approved measures for reducing the formation of acrylamide in foods. The Code of Practice will provide national and local authorities, manufacturers and others with guidance to prevent and reduce formation of acrylamide in potato products during all phases of the production process. The guidance includes strategies for raw materials, the addition of other ingredients; and food processing and heating. The chemical acrylamide, first identified in food in 2002, is produced during frying, roasting and baking of carbohydrate-rich foods, such as French fries, potato crisps, coffee, biscuits, pastries and breads. Acrylamide is considered a possible human carcinogen.

The Commission adopted the first guidelines for reducing Polycyclic aromatic hydrocarbons (PAH) intake through final food preparation. Because smoking and direct drying processes are used both in industry and in private households, the guidance can also form the basis of consumer education programs. Parts of PAH are possible human carcinogens formed during the combustion of fuel both in the smoking and in the direct drying processes involved in the preparation of foods.

Prevention of Ochratoxin A contamination in coffee

The Commission adopted guidance to enable coffee producing countries to develop and implement their own national programmes for the prevention and reduction of Ochratoxin A (OTA) contamination. OTA is a fungal toxin also considered a possible human carcinogen.

The Commission adopted criteria for salmonella and other bacteria in powdered follow-up formulae for children six months of age or older and for special medical purposes for young children. A bacterium of special concern is E.sakazakii, for which Codex adopted specific criteria for powdered formula for infants (0 to 6 months) in 2008. The Commission decided that in countries with particular risk for E. Sakazakii from consumption of follow-up formulae (i.e. countries with substantial populations of immunocompromised babies) similar criteria for E. sakazaki could be introduced for follow-up formula as for powdered formula for infants.

Follow-up formulae should only be used for the intended target population. Unfortunately, they are often consumed by babies younger than six months of age. The standard stresses the need to address such product misuse issues through education campaigns and training.

The Commission adopted parameters for microbiological testing and environmental monitoring for Listeria monocytogenes in ready-to-eat foods. A maximum level was set for certain foods where the bacteria cannot grow, while in ready-to-eat products where growth is possible, no Listeria monocytogenes will be allowed. The parameters will help producers control and prevent contamination of Ready-to-Eat Foods with this bacterium that can result in listeriosis, a potentially fatal disease. While healthy people rarely contract listeriosis, it can cause miscarriages and stillbirths, as well as serious and sometimes fatal infections in those with weakened immune systems, such as infants, the elderly and persons with HIV infection or undergoing chemotherapy.

'The standards and guidelines adopted this week will make a positive impact on the lives of people around the world,' said CAC Chairperson Karen Hulebak. 'The Commission is working faster than ever before to address the most pressing food safety challenges we face.'

Ezzeddine Boutrif, FAO Director, Nutrition and Consumer Protection Division, noted that Codex membership now represents 99 percent of the world's population. 'Applying Codex standards and guidelines are an important part of ensuring that consumers in every part of the world can be protected from unsafe food,' he said.

The Commission also launched new work projects, among them establishing maximum levels for melamine in food and feed. In the last few years, high levels of melamine have been added illegally to food and feed products, causing illness and death. Because it has many industrial uses, melamine may be found in trace amounts in the food chain due to its presence in the environment. Setting maximum limits will help governments differentiate between unavoidable melamine occurrence and the deliberate adulteration of food and feed.

Other new work proposals adopted by the Commission include:

'We welcome the participation of more developing countries in the meeting this year which reflects global awareness of food safety issue and the impact of Codex Trust Fund,' said Dr. Jørgen Schlundt, Director of WHO's Food Safety department.

The Codex Alimentarius Commission, jointly established in 1963 by the Food and Agriculture Organization of the United Nations (FAO) and the World Health Organization (WHO), develops international food standards that protect the health of consumers and ensure fair trade practices in the food trade. The Commission has 181 member states and one member organization, the European Community.

No comments were found for Food standards commission targets dangerous bacteria and chemicals. Be the first to comment!