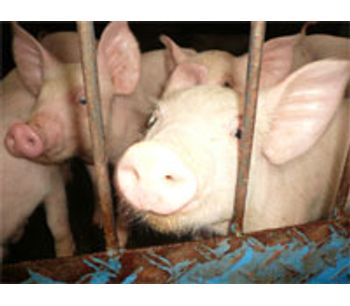 Soaring international production of livestock could release enough carbon into the atmosphere by 2050 to single-handedly exceed 'safe' levels of climate change, says a study.

Scientists combined figures for livestock production in 2000 with Food and Agriculture Organization projections for population growth and meat consumption by 2050.

They found that the livestock sector's emissions alone could send temperatures above the 2 degrees Celsius rise commonly said to be the threshold above which climate change could be destabilising.

They also make a more conservative estimate: that the sector will contribute enough greenhouse gas emissions to take up 70 per cent of the 'safe' 2 degree temperature rise.

Nathan Pelletier and Peter Tyedmers, researchers at Dalhousie University, Canada — whose work was published in Proceedings of the National Academy of Sciences yesterday (4 October) — called on governments to prioritise the reining in of the livestock sector, adding that 'mobilising the necessary political will to implement such policies is a daunting but necessary prospect'.

The authors' calculations took account of predicted efficiency gains in meat production, and said that such practices should be 'vigorously pursued'. They also recommended a shift in production away from ruminants, such as cattle and sheep, to poultry and to well-managed fisheries and aquaculture.

They also suggested 'across the board' reduction in per capita consumption of livestock products, something they say may be 'particularly feasible and advantageous in developed countries'.

'Curbing growth in developing countries, where the majority of increase in production is projected to occur, will also be critical,' the scientists wrote, adding that moves must be 'sensitive to the developmental status and aspirations of the less advantaged'.

But Mario Herrero, an agricultural systems analyst at the International Livestock Research Institute, Kenya, who has just published a study showing that livestock farming could produce less carbon if it was made more efficient, said the analysis was 'simplistic'.

'These are interesting results in one way but it's only the tip of the iceberg: it's far too aggregated,' he told SciDev.Net.

'The different roles that livestock plays in the livelihoods of different people are completely masked.

'We advocate for the need to really represent the complexity in agricultural systems that will feed the world in 2050. Only like that you will be able to really know what to do in different parts of the world.'

Pelletier, however, said the two studies were complementary.

'I don't disagree with that work at all but ... the maths is fairly simple: they're suggesting that we could reduce emissions by 12 per cent by adopting these measures. We've suggested we'll have to reduce emissions by roughly 87 per cent relative to performance at a global scale in 2000.'