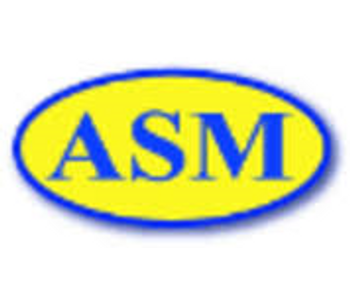 Advanced Sawmill Machinery 's Curve Canting/Sawing systems' functionality is based on a few basic principals. The first is that we take control of the cant at the cant turner, even end it prior to scanning and then process it through the scanner. We then handle the cants through sequence hooks into our decoupled canting module. After the canter we then have a series of hooks to stage cants to be processed at the gang. This process allows us to maximize the canting operation, while minimizing the stress on the saws. The cant is managed through the complete process to maintain the optimized solution, and produce the proper product based on the machine parameters.

ASM's Curve Canting Module - The curve canting module being decoupled from the saws has many advantages. The fact that cants will move and change shape through any set of chip heads will cause coupled heads and saws to mis-cut boards. ASM's system will produce the correct size cant by maintaining cant width, since our heads will maintain the set width while curving around the shape dictated by the optimizer. The canter is our standard canter module mounted on a table that pivots on a point on the base. The canter boxes ride on chrome round ways mounted with linear bearings on this pivoting base. The canter modules slews and skews similar to the wiggle boxes and as the cant proceeds through the heads as per the solution from the optimizer while maintaining the width between the heads whether curved or straight cant. The up time of ASM's curve canter system is proven not only in the 5 curve canting systems we have running, but also in the several canter systems used in other applications. The canter will take up to 7' swell butts off of one side of the log, since the system is not limited by the saws. Our competitor 's systems with coupled saws will only take off about 3' due to chip depth limitations, and will create waste slabs mixed in with the boards. ASM uses our tried and true sharp chain links with carbide tips to transport the cant through the heads. The fact that the conical heads will be pushing the cant down on these spikes gives us a positive management of the cant through the canter. The drum style heads that are used by the coupled systems puts a side to side force on the cant while it is in the saws, which causes the cants to move and the saws to mis-cut the boards while putting excess stress on the saws and guides. ASM 's system also provides surge capacity through the constant feed speed through the canter module, so that there is always cants ready for the saw module waiting on the sequence hooks. ASM's Curve Canter system has the same chipper head components as ASM's sharp chain systems, which will allows the use of the same spare parts, maintenance skills, and produces the same chip quality. The canter runs at constant feed speeds no matter the size of the cant, which allows ASM's system to produce a consistent size and quality chip. The coupled systems need to speed up and slow down depending on the cant size as it is presented to the saws, which will cause chip size and quality to vary. Independent studies have shown that the conical heads will produce 8-10% in higher acceptable chips to your chip customers.

ASM 's Curve Sawing Gang Module - The ASM Curve Sawing Gang System (See Video at Bottom of Page) curve saws the cants through the decoupled saw module. The system keeps the cant in contact with the front point of the angled line bar as it proceeds through the saws. The cant will pivot any curved shape at the contact point of the line bar up to the lead of the line bar. The line bar is normally set to accept up to 4' of curve in 20 feet. Any more curve than this creates issues with lumber handling down stream. The function of the pivot point on the line bar allows ASM's gang to cut any shaped cant solution provided by the optimizer within the preset limits whether left, right or 'S' shaped. The saw box is set in position based on the solution from the optimizer then the cant follows the pivot point of the line bar to cut the appropriate boards no matter the shape of the cant. The parameters set up in the optimizer system will determine the extent of the curve in the cant. The Gang will handle the cants along this line bar as presented from the curve canter. The scanned cant will be the shape and size as per the optimizer's original solution, since the canter is separate from the saws; even if the cant moved in the heads the spacing of the heads remained constant so the size of the cant is as per what the scanner predicted. The coupled heads / saw arrangement of our competitors will allow the cant to move in the heads and saw, which will cause mis-cut boards. As the ASM gang cuts the cant with the front of the saws the boards can be moved from side to side, which allows the cant to move around the saws as per the point of the angled line bar. The fact that the cant curves around the saws, which are set by the optimized solution, allows the Gang to produce the recovery improvements expected out of curve sawing without putting excess stress on the saws.

Summary - The ASM Curve Canting/Sawing system is much simpler to operate and maintain than any of the main competitors' machines. The skill level needed to maintain our machine is about the same level as maintaining any straight gang. The system components all bolt onto machined surfaces, which eliminates re-alignment problems when changing out components. ASM' s machines are manufactured at our plant in Holt, Florida, so getting any parts or service response will not require crossing the Canadian border for our United States customers. The total system is designed to run with minimal maintenance, including the fact that there are no roller chain drives on either the canter or saw module. ASM' s system uses one canter module to chip up to 7' , whereas the other systems need to use two canter modules. One is used to pre-chip off some of the slab in order to only have 3' left to chip once it reaches the coupled heads/saw module. This increases both operating and maintenance costs. The overall stress on the system is reduced by the decoupled canter system, which allows the canter to maximize its function without stressing the saw module. The cost of saws will be similar to straight sawing gangs, whereas the competitors have a history of major saw usage due in part to the side to side chipping forces being transmitted to the saws. One complete curve sawing system that ASM installed has been running for over 4 years 60 hours per week with less than 1% unscheduled maintenance down time. This system has dramatically improved recovery, while processing 13 cants a minute in a mill running an average of 40,000 board feet per hour. ASM's Curve Canting/Sawing system will add to a sawmill' s profitability through higher production, improved yield, better chip quality, less maintenance costs, and higher up time percentages.

No reviews were found for ASM - Curve Sawing Systems. Be the first to review!