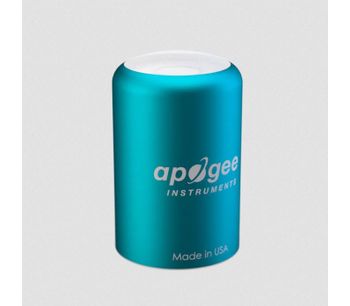 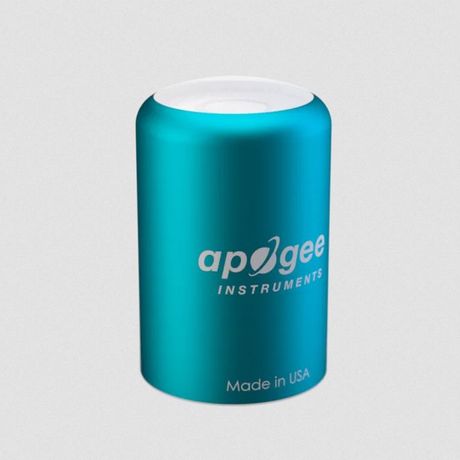 The CS310 is a self-powered, analog full-spectrum quantum sensor with a 0 to 40 mV output. The sensor incorporates a blue-enhanced silicon photodiode and custom optical filters with a rugged, self-cleaning sensor housing design that includes an anodized aluminum body with an acrylic diffuser. Typical applications include PPFD measurement over plant canopies in outdoor environments, greenhouses, and growth chambers, as well as reflected or under-canopy (transmitted) PPFD measurement in the same environments.

Radiation that drives photosynthesis is called photosynthetically active radiation (PAR) and is typically defined as total radiation across a range of 400 to 700 nm. PAR is often expressed as photosynthetic photon flux density (PPFD): photon flux in units of micromoles per square meter per second (µmol m-2 s-1, equal to microEinsteins per square meter per second) summed from 400 to 700 nm (total number of photons from 400 to 700 nm). While Einsteins and micromoles are equal (one Einstein = one mole of photons), the Einstein is not an SI unit, so expressing PPFD as µmol m-2 s-1 is preferred.

Sensors that measure PPFD are often called quantum sensors due to the quantized nature of radiation. A quantum refers to the minimum quantity of radiation (one photon) involved in physical interactions (for example, absorption by photosynthetic pigments). In other words, one photon is a single quantum of radiation.

The CS310 quantum sensor consists of a cast acrylic diffuser (filter), photodiode, and signal processing circuitry mounted in an anodized aluminum housing with a cable to connect the sensor to a measurement device. The CS310 quantum sensor is designed for continuous PPFD measurement in indoor or outdoor environments. It outputs an analog signal that is directly proportional to PPFD. The analog signal from the sensor is directly proportional to radiation incident on a planar surface (does not have to be horizontal), where the radiation emanates from all angles of a hemisphere.

No reviews were found for Campbell Scientific - Model CS310 - Quantum (PAR) Sensor. Be the first to review!