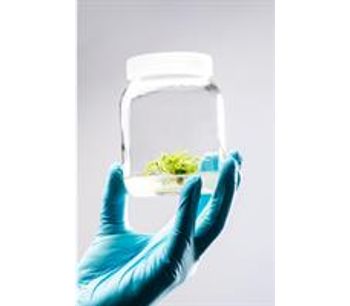 Tissue culture (“TC”) is a process that involves exposing plant tissue to a specific regimen of nutrients, hormones, and lights under sterile, in vitro conditions to produce many new plants, each a clone of the original mother plant, over a very short period of time. The technique has been commercialized for more than four decades and is being used for the vegetative propagation of millions of superior plants annually in horticulture and forestry for the last several decades.

During this time period, plant tissue culture has effectively moved from the confines of small laboratories and has taken its place among some of the more mainstream, broad-scale techniques employed by the agriculture industry. It is estimated that the current global market of tissue cultured products is several billion plants annually and the demand is increasing steadily. Research and advancement in plant tissue culture techniques have become especially important in the agricultural community over the past ten years.

The current market for Cannabis spp. “cuttings” (a more disease-prone, crude, traditional technique to generate cultivar progeny), in California is expanding at an enormous rate as the industry as a whole expands. Cuttings typically retail for $5 to $25 depending on the demand for the individual cultivar. As stated above, tissue culture provides clean, healthy, disease-free “plantlets” that are superior to traditional cuttings and in huge demand as growers become educated on the technique. It is much more cost effective to produce TC plantlets over traditional clones and provides for a significant profit margin on tissue culture sales. With the entire Segra team leading this facility (and developing new more valuable cultivars), Segra is uniquely positioned to be a leader in TC. This high level experience in tissue culture further cements Segra as the top choice for quality, standardization, and reliability in cannabis production.

No reviews were found for Segra - Micropropagation Cannabis. Be the first to review!