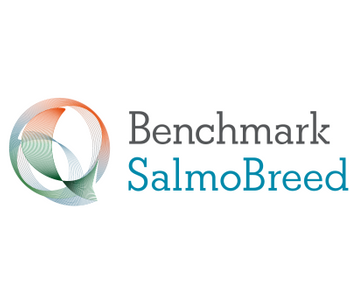 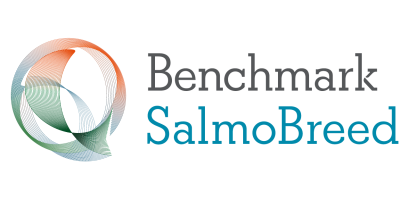 Within each species, both plants and animals, there is a natural variation in the characteristics of individuals. The variation may be due to both heredity and environment. Some grow, for example, faster than others and some are more resistant to disease. We are working to control the genetic variations that we find in the fishes. By selecting the parent animals that have the desired properties, one can systematically control the population characteristics in a direction that provides benefits to the production. This has been done since agriculture has started.

FAMILY SELECTION
SalmoBreed has bred a large amount of salmon families; every year we have around 300 families in breeding core from where we select for roe production. By family formation we produce 1,000 individuals per family. It gives us the opportunity to test, for example, disease resistance, parasite resistance and the fillet quality on full siblings of breeding candidates to assess how good the families are on each property. Family selection is the methodology that has been used in salmon breeding.

INDIVIDUAL SELECTION
In recent years, a number of new molecular genetic methods have been developed, and we can now select out parent animals directly from genetic variations from individuals. We can compare the measurable properties of the fish with variation in the areas of the genome and this way reveal which genes that control each property as well as the variation of the gene that is the most favourable. There are several methods of molecular genetic selection.

Since within families there are large individual variations, also in good families there will be some fish that do not score as high on the properties one want to prioritize. If we select only from the family, we will not be able to exclude these individuals.

QTL
With salmon resistance to virus disease, IPN, infectious pancreas necrose, are ruled by a single delimited area of the fish’s DNA. Such a region of the genome, which alone governs the property to a large degree, is called a QTL, quantitative trait loci. By evaluating the gene variation of this region in the breeding candidate, we can select the fish with the desired property that in our IPN QTL has a higher IPN resistance. This has led to a sharp reduction in the number of IPN-outbreaks in few years.

GENOMIC SELECTION
The challenge of selecting only one or a few QTL’s is that for most properties one can just use a small part of the total genetic variation. The genome of the salmon was mapped and published in 2014. By using this map, we can use the method that is named genomic selection. We launched this commercially in 2015. By analyzing SNP’s (markers on the genome that show large variation) we can map the relationship between the variation of those markers and the properties we want to breed on, eg. high resistance to selected diseases and salmon lice. Here we compare breeding candidates using a DNA sample against a reference population that both has an DNA sample and a registered phenotype (value) for the property. By annually increasing the reference population, we build up a large library that makes us able to select with ever greater security, fish that perform best.

No reviews were found for Breeding and Genetics Services. Be the first to review!