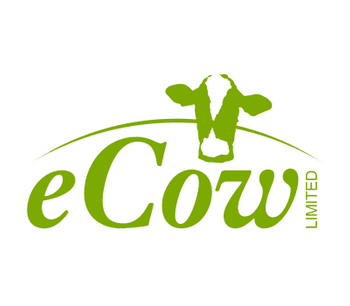 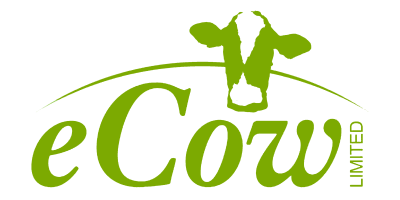 As mentioned above there is a lag period between introducing a new diet and the rumen adjusting to more efficiently utilise the new diet. Studies have shown that the rumen papillae respond to dietary changes by changing size and shape in order to increase or decrease the surface area of the rumen wall and thus speed up or slow down absorption of nutrients. It is estimated that a period of about 4-6 weeks is required before papillae adjust to a new diet and consequentially prevent acid build up. Microbial populations have also been observed adjusting to changes in diet and may also be responsible for the lag period. It is recommended that cows switching to a high grain diet be transitioned slowly by gradually increasing their grain intake and therefore allow the rumen to adapt to the new diet.

One of the major problems with high grain diets is the lack of rumination it causes and therefore the lack of saliva produced. Saliva production in cows can easily exceed 100 litres a day and is essential for digestion, providing lubrication, a fluid for fermentation and large quantities of buffering agents such as sodium and potassium bicarbonates and phosphates. Salivation is stimulated by cud-chewing and therefore a cow that chews the cud for extended periods during the day will have a plentiful supply of saliva entering and buffering the rumen. Unfortunately saliva production is not stimulated simply by low ruminal pH and therefore cows with high grain diets that require little rumination will have much less saliva being produced. The introduction of sufficient forage into the diet of cows with SARA in order to stimulate rumination is the simplest method for maintaining rumen health. However the option of increasing forage intake is not always well received by farmers as this usually means a decrease in energy for the cow and therefore a decrease in milk production.

Artificial buffers such as calcium carbonate or sodium bicarbonate can be given to cows as a precautionary method of preventing acidosis, especially in cows prior to calving. These buffers can either be added directly into the feed or be provided as a free choice, although free choice buffer hasn’t proved to be as effective. Adding buffer into total-mixed-ration (TMR) feed is common practice in early lactation or high yielding cows regardless of any clinical signs of SARA, or lack thereof. A farmer monitoring his cows using eCow farmBoluses found that after removal of rumen buffer his high yielding herd showed no decrease in pH. These rumen buffers are expensive and, although they can certainly be effective, are not always necessary.

The rate of fermentation of feed is another major factor affecting the occurrence of SARA. The rumen can buffer a certain amount of acidity but with rapid fermentation comes a rapid influx of VFA and if fermentation occurs too quickly the system cannot keep up. One parameter affecting the rate of fermentation of a particular feed is particle size. Smaller particle size increases the available surface area and thus increases the rate at which bacteria can access and digest the feed. Another parameter is the moisture content of the feed. High-moisture grain doesn’t require a period to allow the rumen fluid to soak it like dry grain would and therefore can immediately begin fermenting upon entry to the rumen.  Adjusting the particle size and/or moisture content of feed has the potential to slow the rate of fermentation within the rumen and therefore slow the increase in acidity and allow the internal buffering system to keep up.

As well as the rate of acid entering the rumen, the rate of acid leaving the rumen is another possible route to improving rumen health. It has been known for a long time that VFA absorption occurs through passive diffusion across the ruminal epithelium, but relatively recently it has been proved that ionised VFA is exchanged with bicarbonate across the epithelium. Bicarbonate ions (HCO3–) when released into the rumen then react with free hydrogen ions (H+) to form carbon dioxide and water, releasing bicarbonate back into the rumen and acting as a natural buffer. The biochemistry of the rumen mucosa is constantly being unravelled and this has led some to speculate that methods could be developed to enable enhanced epithelial absorption/secretion, possibly allowing for supplements or even genetically modifying cattle to increase absorption rates.

All the data collected on the subject of SARA and rumen pH so far has served to illustrate how complex and dynamic the rumen buffering system actually is. Simply looking at a cow and trying to determine the state of its rumen through external signs of acidosis is becoming increasingly viewed as bad practice as methods for directly monitoring the rumen become increasingly more available. Overall, SARA is a major issue for high-yielding dairy herds, but also an entirely preventable one.

No reviews were found for Prevention and Treatment Services. Be the first to review!