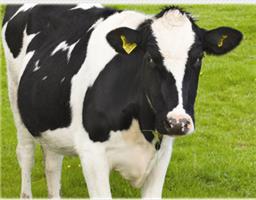 The dairy sector is Israel's leading agricultural sector. Israeli dairy sector output stands at 1.24 billion liters of milk, produced by hundreds of dairy farms rearing 125,000 head of cattle. The Israeli cow is the most productive in the world, with a record yield of 11,292 liters of milk a year. The use of advanced computer technology has been instrumental in Israel's success in this area. In 1999, the Cattle Breeders Association of Israel commissioned AKOL, a leading Israeli software house, to create a 'Dairy Network', an online meeting place for all those engaged in the cattle and dairy industry in Israel, including dairy farmers, dairies, feed suppliers, the veterinary services and artificial inseminators, etc.

All users of the Dairy Network have direct access (according to their access authorizations) to up to date and accurate information, allowing them to execute purchase and customer orders, and to use the on-line services at any time.

The AKOL Milk Control System and AKOLproducer sites systemenable dairy farmers and dairies to manage and monitor milk sample test results arriving from the laboratory in real time, to display the results, and to generate reports. The AKOL Milking Control System serves as useful tool for the laboratory and dairy in day-to-day operations, including automatic generation of forms, generation of reports, fast searches, use of data filters and sorting of tests, etc.

The AKOL Milk Control System enables, by means of a barcode (or other means of input), milk intake and unique identification of the source of the milk provided by the central milk laboratoryto dairies, including: milk type, producer's name, delivery note, compartment number in the milk tanker truck, quantity in liters, and tests/ measurements such as: temperature, freezing point, percentage water, SH, antibiotics, bacterial tests, somatic cell counts, milk components such as percentage of fat, protein, lactose and pH, as well as other tests defined in advance. In addition, the system receives current information about anomalies in the milk intake process.

Producers log in to the web portal via a secure authorizations system. By monitoring the milk sample test results, producers have a benchmark for comparing themselves against the other producers on every parameter, and a means to become more efficient and to continuously improve. The dairy, by comparing producers and setting the norm, can monitor and oversee every one of the components in the producers' milk in real time.

No reviews were found for AKDairy - Dairy Network Software. Be the first to review!