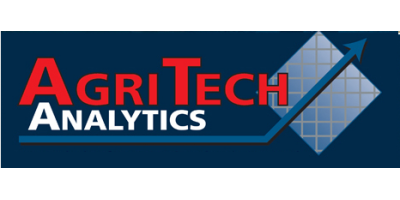 Genomic testing is a management tool that is available to producers to determine the genetic merit of a dairy animal. Modeled after the traditional phenotypic indexes (which are based on actual production, reproductive data, and type information), genomic testing reads the DNA of an animal and produces predicted transmitting ability (PTA’s) indexes so that producers can make management decisions.

The most common type of dairy animal that is genomic tested is the heifer as producers look to make decisions on keeping or selling the animal, confirm parentage, and which service sire to use on the animal. It is not uncommon for producers to flush or used sexed semen on the higher testing animals and use the bottom end as embryo transfer recipients or breed those with beef semen.

Since the genomic concept uses the phenotypic data as a reference, genomic fees differ based on the amount of data that producers have supplied to the national genetic database. The genetic evaluations are produced as a product of the DHI system and the breed association’s classification program.

When cows, and their sires, are properly identified and the records processed at a certified DHIA processing center and transmitted to the Council on Dairy Cattle Breeding database, that data is used for determining the genetic value of the animal – generally referred to as Predicted Transmitting Ability or indexes. These indexes typically include values for such parameters as: PTA milk, fat, protein, net merit $, reliability, etc. When the required minimum amount of animals are used in the genetic evaluation system, the herd will qualify for a $2 per animal reduction in their genomic fees.

Similarly, meeting the minimum requirement for type data will garner another $2 reduction per test. The type data can come from the various breed association type evaluation programs including cows used in the SET program associated with A.I. organization’s young sire programs.

While the Council on Dairy Cattle Breeding lists eleven footnotes to the chart, the focus here is on Rate Codes 1, 2, and 3 with footnotes 5, 6, and 7 and the Female Fee column.

If a producer decides to use genomic testing and does not process their DHIA test with a Certified DHIA Processing Center or have type evaluations performed on qualifying cows, there is an extra $3 fee per genomic test.

If a producer has at least 20 percent (or at least 50) first lactation animals used in the genetic evaluation over the past 14 months, they qualify for the member rate or a $2 reduction in the genomic testing fees. A producer could get this reduction by classifying all required animals once in a sixteen month period as well.

In order to qualify for the total program, the producer would need to have at least 50 percent of the eligible animals used in the genetic evaluation (or at least 100 cows) and meet the minimum for type evaluation as well.

Let’s work through a cost scenario.

For a 1,000 cow herd that is testing but not processing their records:

Another option to reduce some of the processing costs would include going to every other month processing.

No reviews were found for Genomic Testing Management Tool. Be the first to review!