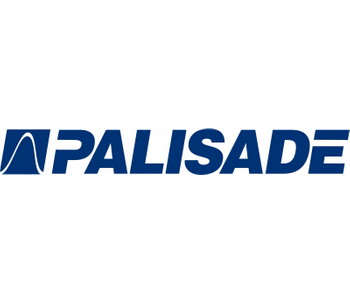 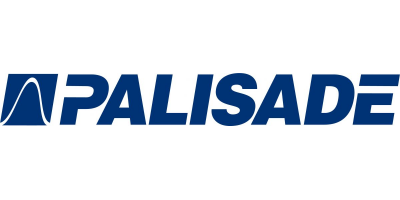 Have you ever been faced with a complex, multi-stage decision like what is the best strategy for testing and drilling for oil, or should we build a new plant or buy an existing one?  What about bidding on a new project – what should you bid, and how should you react to your opponent’s bid?  Or perhaps you are faced with determining the best litigation strategy is in a legal dispute, or the best series of medical tests and procedures to maximize a patient’s chance of recovery? PrecisionTree helps you tackle these types of complex, sequential decisions.  With PrecisionTree, you can visually map out, organize, and analyze  decisions using decision trees, right in Microsoft Excel. Decision trees are quantitative diagrams with nodes and branches representing different possible decision paths and chance events. This helps you identify and calculate the value of all possible alternatives, so you can choose the best option with confidence.

New in Version 7 – View and Share Decision Trees in BigPicture

PrecisionTree now has the ability to export quantitative decision tree models directly to BigPicture, turning them into stunning visual maps that can be shared with any Excel user for presentation and discussion. With this capability, collaborative decision-making just got much easier, bridging the gap between quantitative probabilistic analysis and expert knowledge.

Decision trees provide a formal structure in which decisions and chance events are linked in sequence from left to right. Decisions, chance events, and end results are represented by nodes and connected by branches. The result is a tree structure with the 'root' on the left and various payoffs on the right. Probabilities of events occurring and payoffs for events and decisions are added to each node in the tree. With PrecisionTree, you’ll see the payoff and probability of each possible path through a tree.

PrecisionTree functions may be added to any cell in a spreadsheet and can include arguments that are cell references and expressions - allowing great flexibility in defining decision models. You can also collapse and restore branches to the right of any given node for simplicity and easier navigation through the tree, and insert nodes at any point in a tree.  You can even append symmetric subtrees to particular nodes, greatly speeding up the building of large models.

PrecisionTree can create a Risk Profile graph that compares the payoffs and risk of different decision options.  It displays probability and cumulative charts showing the probabilities of different outcomes and of an outcome less than or equal to a certain value.

PrecisionTree can also perform a sensitivity analysis by modifying the values of the variables you specify and recording the changes in the expected value of the tree.  You can change one or two variables at a time.  Results include sensitivity, tornado, spider, and strategy-region graphs.

Policy Suggestion Report – A reduced version of the decision tree that displays only the optimum decisions in your model.  It includes a Policy Decision Table which lists each decision in a model, the probability of arriving at that decision, and the benefit of making the correct choice for that decision.

Bayesian Revision  – This lets you to “flip” one or more chance nodes in a model in order to show probabilities calculated using Bayes’ Rule. This is valuable when the probabilities of a model are not available in a directly useful form. For example, you may need to know the probability of an outcome occurring given the results of a particular test. The test’s accuracy may be known, but the only way to determine the probability you seek is to “reverse” a traditional tree using Bayes Rule.

Logic nodes – A special type of node where the optimum branch is selected according to conditions the user defines. A logic node behaves like a decision node, but it selects the branch whose branch logic formula evaluates to TRUE as the logical (optimum) decision.

Linked Trees – Allow the branch values for a decision tree to be linked to cells in an Excel model external to the tree. Each node can be linked to an Excel cell reference or range name. End node payoffs can be calculated by a detailed spreadsheet model. This powerful feature combines the strength of a decision tree for describing decision situations with the strength of a traditional spreadsheet model for calculating results.

Custom Utility Functions – Converts a model’s monetary payoffs into “utility” to account for the decision maker’s attitude toward risk, which can affect the optimal decision choice.  PrecisionTree offers a default exponential utility function, but, using VBA custom functions, you can easily construct your own custom utility function.

Part of the DecisionTools Suite

PrecisionTree is available by itself or as part of the DecisionTools Suite, Palisade’s complete risk and decision analysis toolkit.  The DecisionTools Suite includes @RISK, which adds risk analysis to Excel using Monte Carlo simulation, BigPicture for mindmapping and data exploration, PrecisonTree for visual decision tree analysis, TopRank for what-if analysis, NeuralTools and StatTools for data analysis, and more. DecisionTools Suite components are compatible with each other can be combined for greater insight and analysis. For example:

PrecisionTree and BigPicture
PrecisionTree’s quantitative decision trees can be viewed directly to BigPicture, turning them into stunning visual maps that can be shared with any Excel user for presentation and discussion. With this capability, collaborative decision-making just got much easier, bridging the gap between quantitative probabilistic analysis and expert knowledge.

PrecisionTree and @RISK
PrecisionTree represents chance events and payoffs with discrete values or probabilities. When combined with @RISK, @RISK enhances the analysis by representing continuous ranges of outcomes for chance events and payoffs. By running Monte Carlo simulation on your decision tree, you'll see more possible outcomes of your decision than you could with static tree values alone.

PrecisionTree and TopRank
PrecisionTree models can also be run with TopRank to identify the most critical factors in larger, more complex tree models. TopRank performs sensitivity analysis on your tree.

Save Over 50% When You Buy the Suite

No reviews were found for PrecisionTree - Visual Decision Analysis Software. Be the first to review!