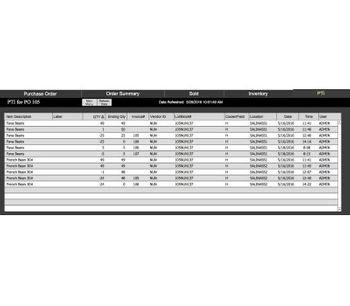 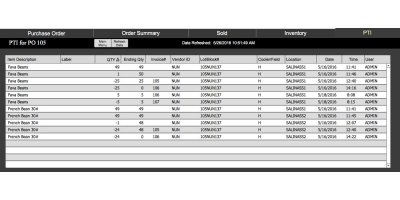 Benefits of PTI – Produce Traceability Software include: Ability to determine the origin of a product, ingredient or component. Simplifies problem-solving in event of defective or contaminated product, ingredient or component. Allows issues to be more quickly identified, contained and resolved. Limits losses and lowers costs. Protects public health and safety. Builds trust and confidence in affected products, businesses or systems. Verifies that produce is locally grown. Improves operating efficiencies for growers, packers and shippers.

Beginning in 2008, an industry-led effort to enhance produce traceability throughout the entire produce supply chain was launched as the Produce Traceability Initiative.

The U.S. Food and Drug Administration noted in 2007 that fruit and vegetable-related outbreaks of food poisoning are on the rise and had struck in spinach, tomatoes, lettuce and cantaloupes. The agency urged fruit and vegetable processors to adopt food safety plans similar to those in the meat industry.

PTI – Produce Traceability Software makes it possible to track produce from its point of origin to a retail location where it is purchased by consumers.

Since many fruits and vegetables are eaten raw, the produce industry‚ from farmer to retailer, works diligently to protect these foods from contamination. Despite their best efforts, foreign matter can occasionally contaminate produce in the field or orchard, in packing or processing, in transit or storage.

Tracing of an item through various stages of produ...

Tracing of an item through various stages of production, manufacturing, processing, handling, transportation, sales and consumption is a widespread practice in today’s world. Manufacturers may require purchasers to register ownership of a product to facilitate possible future recall for safety reasons or warranty fulfillment. The Post Office and package delivery companies make widespread use of tracking packages from pickup to delivery, even to destinations on the other side of the world.

No reviews were found for Simplified - Produce Traceability Software. Be the first to review!