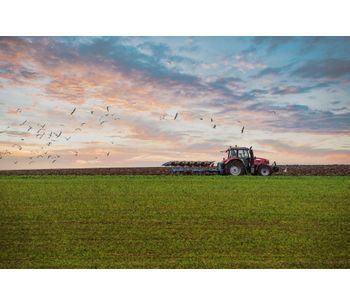 A new JRC study shows how the choices farmers make to adopt voluntary green practices are affected by how much they are already obliged to contribute to the environment.

In the EU, farmers receive support to safeguard their activities and promote food security and sustainable farming, through the common agricultural policy (CAP). This includes financial support to farmers who adopt or maintain farming practices that help meet environmental and climate goals.

The JRC study explores the conditions under which farmers are more or less likely to decide to adopt voluntary environmentally friendly farming practices in addition to mandatory ones. For voluntary practices, the higher the level of direct payments farmers receive, the more likely they are to take up such green activities.

Behavioural science is a relatively new approach to understanding agricultural policy in the EU, which has traditionally relied on modelling and other analysis to pre-test the impact of different policy options.

These new behavioural insights help enhance the knowledge base, which in turn helps design policies that maximise the impact of the payments they receive on the positive contribution of farmers to the environment. For example, in the provisional political agreement on the new CAP, EU Member States are asked to prepare strategic plans to implement the policy over the next five years. Behavioural insights are one tool that can help them do that effectively.

How did we run the behavioural experiment?

To run the experiment, 600 farmers from across three EU countries were split into two groups:

For the first group, farmers were each given a constant income (in the form of tokens) from which they were instructed to contribute either 5, 40 or 90 tokens as a ‘mandatory environmental contribution’. They were then asked how many additional tokens they would voluntarily contribute to the environment, for which they received a 90% compensation.

In the second group, farmers received 300, 265 or 215 tokens as their ‘income’ and were told that variations were due to changes in their income support payment. They were also then asked how many tokens they would contribute to the environment.  Those starting with more tokens were likely to make higher voluntary contributions, suggesting that when farmers feel they receive high direct payments they are also willing to contribute more to the environment.

On 25 June, the European Parliament and the Council reached a provisional political agreement on the new Common Agricultural Policy introducing a fairer, greener, more animal friendly and flexible CAP.

The new CAP will support the transition towards more sustainable agriculture with increased ambition for climate, environment, and animal welfare. This includes more ambitious minimum requirements that CAP beneficiaries have to comply with to receive financial support – known as ‘conditionality’. For example, on every farm at least 3% of arable land will be dedicated to biodiversity and non-productive elements. In addition, the reformed CAP introduces eco-schemes, a new voluntary instrument that will reward farmers for implementing climate and environmentally-friendly practices (organic farming, agroecology, integrated pest management, etc.) as well as animal welfare improvements.

The JRC provides independent scientific evidence and advice to EU policies, including agricultural policy. In 2015, JRC scientists produced the report ‘(How) can economic experiments inform EU agricultural policy?’, which advocated the use of economic experiments to enrich the sources of evidence available. In 2019, JRC scientists published a paper on the behavioural factors that affect farmers’ adoption of environmentally friendly practices, whose content is included in a Commission background document on modernising and simplifying the CAP.

This latest behavioural experiment adds to this line of work.

No comments were found for Ambitious green farming requirements can lead to higher environmental benefits, study shows. Be the first to comment!