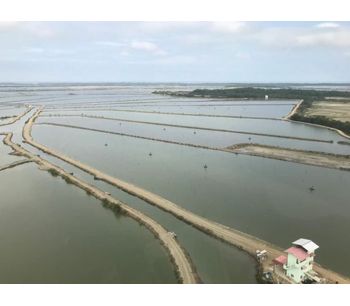 Investing in aquaculture: a road to riches or a path to poverty?

Aquaculture is growing at a greater rate globally than any other agribusiness sector. It is widely predicted that with 6 to 8% annual growth rate continuing well into the foreseeable future, aquaculture will offer good investment opportunities. However, just like any other endeavor, there are some very good reasons why what some see as a pot of gold at the end of the rainbow is empty and full of risk. There are many exciting opportunities in aquaculture globally. These should be approached with caution. To increase the chances of true success, in the evaluation process there need to be voices that understand the potential up and downsides. The risk of failure is real and the landscape is littered with broken dreams.

“Aquaculture is going to continue to grow for many years to come and there are going to be many good opportunities to invest."

Not too many years ago, certification of aquaculture operations was nonexistent. Today, many certification schemes in differing stages of evolution are being touted as paths to sustainability. While there are shortcomings in many of them one can expect that over time they should move towards a universal consensus of constitutes true sustainability.

The underlying reason for any business enterprise to exist is to generate revenue (profit) above and beyond the cost of running the business. For small operations, the profit is the paycheck that the owner/operators take home. Some of the challenges faced are:

Aquaculture is not as straightforward as terrestrial agriculture. The immediate production environment (water) adds a large number of variables to the culture process that can complicate matters. This includes water chemistry, animal health, stress mitigation, animal nutrition and physiology, among others. Few managers have a handle on all of these. Production of shrimp (and fish) is a multistage process and starts with broodstock production and continues through to the processing plant and into the consumer’s hands. As an example, routinely, I see shrimp hatcheries run by experienced personnel who think that 50-60% survival are indicative of success. They rarely can explain what happened to the 50% that died.

Owners are not always farmers (except for smaller privately held farms). They are typically businessmen. While they may understand the nature of business and the need to generate a profit, they, of course, place a lot of faith in the biologists in charge of their farms and at times do not provide adequate support to ensure that managers do not find themselves in catch 22 situations. Managers typically blame others for problems when they may be the underlying cause of the issues themselves. I could write a book about this, but one anecdote serves to make my point. To see the full article, click below PDF.

3. The Science of Aquaculture

I tell my clients that aquaculture is a blend of art and science and that if you an individual gets one aspect right and not the other, this can spell disaster. Ignoring science comes at a cost. Pseudoscience is far too often the norm the price to individual farmers is huge.

By far, the largest impact on productivity is disease. In fact, bacterial problems due to commonly occurring bacteria are a cause of significant losses at all stages of culture.

An area that is largely ignored in pond based culture production systems is the risks to consumers from harmful algal species present in ponds or in the immediate environment. This includes toxins from fungi termed mycotoxins and potent toxins produced by blue green algae. Toxins from the fungi end up in feed. There are many species that produce potent toxins that are present as normal inhabitants in aquatic ecosystems. While many have been characterized, there are many more that have not. These are not routinely screened for.

Many things can and do affect production that proper management can mitigate. These include failure to check on managers track records, a universal mindset that blames others for problems, a failure to understand that ignoring the science of aquaculture is not consistent with true sustainability, the intimate connection of stress and disease, and a total blind eye to the proliferation of strains (of algae and bacteria) in production systems that produce a variety of potent toxins.

No comments were found for Investing in aquaculture: a road to riches or a path to poverty?. Be the first to comment!