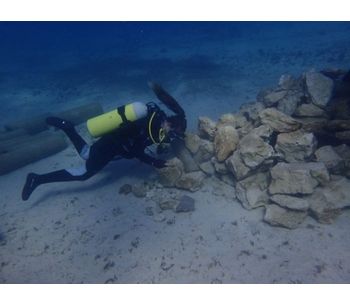 In collaboration with local fishermen, we are installing a network of simple, low cost artificial reefs to act as alternative fishing grounds, relieving pressure of over-fished reefs

Our first artificial reef project was launched in October 2016 in the Bay of Ranobe. We install simple, affordable, and replicable artificial reefs on degraded patch reefs across the Bay of Ranobe to act as alternative primary fishing sites for local fishermen, redirecting fishing pressure off fragile coral reefs. The artificial reefs are composed of locally sourced limestone boulders and concrete tubes. Limestone is ideal for artificial reef work as it mimic natural reef systems and is the perfect material to encourage reef organism settlement, while the concrete tubes provide habitats for octopuses and lobsters. Arrangement of these boulders into artificial reef bommies (a reef outcrop) creates structurally complex habitats in areas devoid of coral reefs to encourage colonisation of algal and invertebrates (including coral), which will in turn attract fish. We also intend to speed up the regeneration of corals reefs at these sites by transplanting coral fragments from our nurseries onto the artificial structures as part of our coral gardening project.

In the long-term, we aim to install a network of these bommies across the bay in order to restore coral reef habitat and create a series of alternative fishing sites. This project is being executed as a joint effort with Directeur Régional des Ressources Halieutiques et de la Pêche, Région Atsimo Andrefana – DRRHP (Ministry of Marine Resources and Fisheries), IOT, COPEFRITO, FRDA, Institut Halieutique et des Sciences Marines (University of Toliara), and importantly FI.MI.HA.RA (regional fishermen’s association), representing all 13 villages in the bay, in order to promote community ownership and project sustainability.

In October 2016, a pilot artificial reef project was initiated with the construction of three bommies at a site we have named ‘Vato Mahavelo’, meaning ‘the rock that gives life’ in Malagasy. It was officially launched with a day of festivities that involved the whole village of Ifaty. The day was attended by important officials including the Minister of Fisheries Resources and the Mayor of Belalanda region, and was filmed by a national news crew. After just a few weeks in the water, our science team observed that curious fish and new invertebrate residents had moved in. The rocks quickly became covered in turf algae, providing food for the algae grazers among them. Our science team have now implemented a long-term monitoring programme at this site to record invertebrate colonisation and fish populations.

Following the success of the pilot artificial reef, we implemented a similar project in the south of Anakao Village at the end of 2017, in partnership with WWF. This involved the construction of six artificial reefs in three different villages essentially in order to create new habitats for octopus. In early 2018, we started implementation of another artificial reef in the Bay of Ranobe near the site “Vatosoa,”made possible by a grant from the Waitt Foundation.  Once established, the WAITT artificial reef is expected to benefit the local communities of several villages; after a few months of protection (from fishing activity), the new artificial reef will be opened as an alternative fishing area for Mangily, Amboaboake, Madiorano and Ambolomailaky which will represent several thousands of people. By doing so, we aim to provide new viable habitats for marine life, bolster local fish abundance and fishing yields, and reduce fishing stress on overfished reefs.

Stay tuned via our news page and social media for updates on project expansion and success.

No comments were found for Project - Artificial Reefs. Be the first to comment!