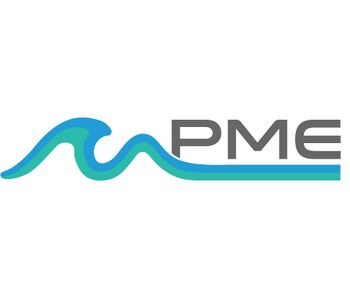 Project Overview
Oysters play an important role in maintaining balance in aquatic environments. Due to their method of ingesting food by filtering water around them, they act as living purifiers. In fact, they thrive on excess nutrients and algae that may be harmful to other organisms. This property makes them a viable natural solution to managing waterways affected by phytoplankton blooms caused by anthropogenic nutrient pollution. Emily Hotinger saw the need to conduct a study to investigate if there were any new environments in the Perdido and Pensacola Bay systems that could support oysters to help naturally improve water quality in the bay systems.

Finding the Right Habitat
Like all organisms, oysters require the right conditions to survive. Though they can tolerate wide ranges of temperatures, oysters are sensitive to variables such as salinity and dissolved oxygen. Photosynthesis (PAR) of plants and algae in the water are responsible for much of the water’s dissolved oxygen and are crucial to the survival of oysters.

Emily and her team deployed young oysters all throughout the Perdido and Pensacola Bay systems in areas that had been deemed viable candidate locations based on previous observations. These observations included presence of wild oysters, ideal shoreline conditions and livable salinity levels. The most successful sites would later be reexamined with more sensitive equipment so the research team could reach a better understanding of exactly why the oysters thrived in these specific environments.

Equipment and Measurements
Site X, located in Pensacola Bay was chosen for an in-depth study for a variety of factors; a major contributor being that it is a mesohaline zone that was influenced by freshwater from rain runoff, and saltwater from the Gulf of Mexico. High frequency data was collected between January and March of 2019 using the PME miniDOT® for dissolved oxygen and temperature, the miniPAR for photosynthetically active radiation and the HOBO brand conductivity sensor to measure salinity. The team set their equipment to take samples every 15 minutes at a depth of 1 meter underwater, over an 8-week period.

Conclusions
During the observation of Pensacola Bay, dissolved oxygen concentrations reported by the miniDOT® fluctuated daily due to photosynthesis occurring during daylight with increases of 2 to 3 mg/l. The lowest concentration detected during this study was 6.8mg/l, which is well within healthy limits. Light levels captured by the miniPAR indicated that the daylight hours increased in length over the 8-week period. This allowed for marginally higher photosynthesis rates daily and resulted in higher levels of dissolved oxygen. Multiple cloudy days were detected, but they did not result in unacceptable dissolved oxygen levels. Finally, salinity levels, though highest at Site X, were not outside of healthy limits. It is important to note that dissolved oxygen was highest in more shallow waters, indicating that oysters should be kept closer to the surface to increase survivability and optimize growth rates.

No comments were found for Project Oyster Case Study. Be the first to comment!