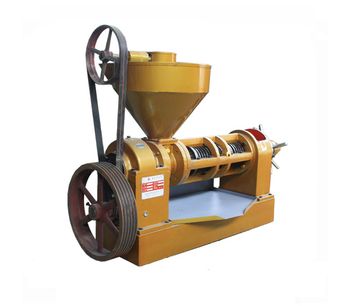 We have soybean oil press machine for sale! Soy oil is rich in linoleic acid. Linoleic acid has limited effect on reducing the risk of heart disease. As linoleic acid is not heat-resistant, it is easy to oxidize and polymerize after frying or repeated heat, which is very harmful to health.

3. It can be selectively hydrogenated and used for blending with semisolid lipids or liquid oils.

No comments were found for Soybean Oil Press Machine. Be the first to comment!