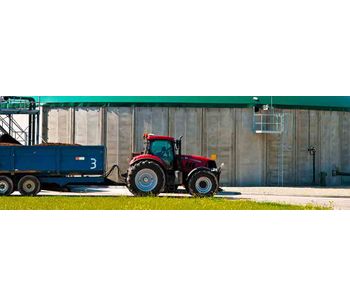 The Dangers of Farm Slurry and the Production of Slurry Gas

Slurry is created from cow manure and water and provides a fantastic, natural fertiliser that farmers can use to encourage the growth of grass and other crops. It is usually stored in a slurry tank or lagoon before it is applied to farmland as fertiliser. The dangers of working with slurry are well documented, as high amounts of gases can be released very quickly.

How is farm slurry made?

Waste material from animals is collected underneath barns during the winter when cattle are kept indoors, to be spread during the warmer months. First it has to be broken up and mixed, normally in a tank, so it can be spread on the land. During this mixing stage, dangerous colourless and odourless gasses are produced that can kill within seconds.

What is a slurry pit?

A slurry pit is a hole, dam, or circular concrete structure where farmers gather all their animal waste together with other unusable organic matter, such as hay and water run-off from washing down dairies, stables, and barns.

This is in order to convert it, over a lengthy period of time, into fertiliser that can eventually be reused on their lands to fertilize crops. The decomposition of this waste material produces deadly gases, making slurry pits potentially lethal without precautions such as the use of a breathing apparatus with air supply.

What is slurry gas and why is it so dangerous?

There is no such thing as a safe slurry tank, as incidents involving slurry occur regularly on farms in Great Britain including people, not just farmers, being overcome by toxic gases. This is because during decomposition slurry is broken down by bacterial action which produces gases that settle in a thick cloud and can kill humans and animals almost instantly.

Slurry gas includes methane, carbon monoxide and ammonia all of which create a risk to health. Some are flammable and others are toxic, displacing oxygen from the air and causing a risk of asphyxiation.

As soon as the slurry is mixed, toxins can be released very quickly and precautions need to be taken to protect from dangerous gases.

What safety precautions can be taken against slurry gas?

For safety, slurry should only be mixed when doors and windows are open and when there are high winds so that fumes can be dispersed in the air. People should also stay out of the building for as long as possible when the slurry mixers are running, and all livestock should be moved out.

Simply wearing a facemask will not help, as anyone entering a slurry tank must wear full breathing apparatus with its own air supply.

Farmers are facing increasing environmental pressure when it comes to safe use of manures and fertilisers. New legislation requires all farmers to meet Nitrate Vulnerable Zone standards, and holds them responsible for correct storage and application of slurry.

Farmers are under a legal obligation not to pollute waterways or to cause a public nuisance through smell. Identifying point-source pollution, where nutrients enter a watercourse from a specific site, is relatively easy. However, it is more difficult to pinpoint diffuse pollution, which occurs when nutrients leach into surface and groundwater from multiple sources, which is a major environmental problem.

The following advice can help farmers adhere to the rules:

Slurry should only be applied when soil temperatures are above 6 degrees and ground conditions and weather forecast are suitable. When they are, February and March are the best months to spread slurry on silage ground in regards to nutrient recycling. The most efficient use is made of the nutrients in slurry where it is spread early in the growing season.

Gas monitors and detectors can be used to identify slurry gas.  However, they should not be used as the only means of providing an adequate level of safety in order to protect you from exposure to slurry gases. This is because slurry gases are produced at fatal concentrations very quickly, often before a monitor could react. The priority should always be to identify areas where slurry gases may be present and keep people away from these areas during mixing and for as long as possible afterwards.

Get in Touch for more Information about Slurry Gas Measurement

Visit our website to view our range of gas sensors and if you would like to find out more about the measurement of poisonous gasses, like the ones produced from slurry, please get in touch with a member of our team today.

To stay up to date with the latest news and research from Edinburgh Sensors, join us on social media and sign up to our eNewsletter today.

No comments were found for The Dangers of Farm Slurry and the Production of Slurry Gas. Be the first to comment!