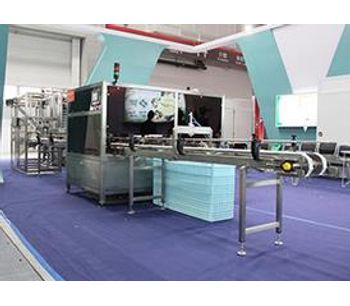 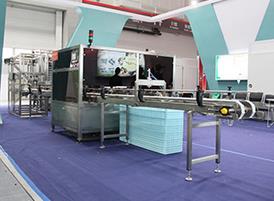 The automatic egg grading and transfer machine makes use of the advanced digital processing technology, working at the speed of 50, 000 eggs per hour. It is suitable for the collocation with standard egg tray with 42 eggs. This product is able to recognize the live embryo egg, the infertile egg and dead embryo egg died 13 days ago. It is mainly used for the breeding egg that will be hatched for 18 days in the large and medium scaled hatcheries.

Workflow
The operators transfer four trays from the egg trolley to the start part of the egg grading production line and then the egg grading module will identify the breeding eggs. In the system, the infertile and dead embryo eggs removal unit will be activated to transfer the futile eggs in the four trays to the corresponding conveyor at twice. The operator at the end of the conveyor will arrange the removed breeding eggs in the trays. The four trays after grading will be moved continuously to the transfer device that will transmit the live embryo eggs in the four trays into the hatcher trays for one time. The process is done and the empty trays will be delivered automatically to the washing machine for cleaning and disinfection.

The automatic egg grading and transfer machine is able to extend the robot hands for shoveling the eggs, transshipping the empty hatcher trays, stacking the full hatching trays and other operations. Therefore, the operators only need to pull the egg trolley in the hatching machine and push the full hatching trolley full of hatcher trays into the hatching machine. Other process will be finished automatically by the machine.

No reviews were found for Automatic Egg Grading and Transfer Machine. Be the first to review!