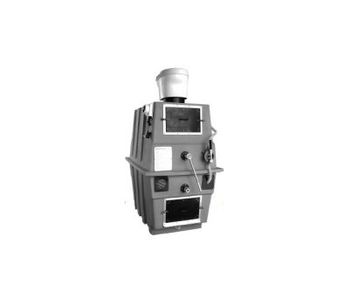 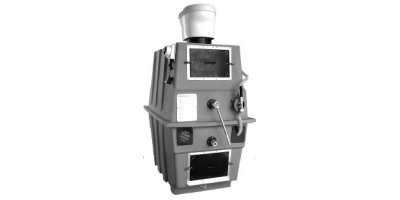 The Phoenix is an aerobic composting system that transforms human waste into a rich, well-stabilized mulch. It is odorless, and requires no water for flushing, making it an environmentally friendly option that is suitable for full-time residences, public facilities, and seasonal camps of all kinds.

Composting toilets allow human wastes to be converted into nutrient-rich compost, which can be used to fertilize plants though most experts recommend against fertilizing food crops with composted human waste. Composting toilets save a lot of water by eliminating the use of water for toilet flushing (or at least eliminating most of the water). This reduces extraction pressures on aquifers or surface waters and (with systems connected to municipal sewage treatment plants) educes the energy and environmental costs of treating wastewater. Compared with standard on-site wastewater disposal systems (septic tank and leach field), a composting toilet reduces nutrient loading of the aquifer and lower-elevation surface waters fed by groundwater.

How the Phoenix Toilet Works:

The residential-scale toilets come in three sizes, rated for two people, four people, or eight people. These have either two or three modular compartments. The larger models are taller but have the same footprint as smaller models. On initial set-up, the composting chamber is “charged” with wood shavings, peat moss, and water to provide an environment that will be conducive to biological decomposition. During use, waste enters the top either through one or more 12″-diameter (300 mm) chutes from waterless toilets located directly above the tank, through 4″-diameter (100 mm) sloped pipes from micro-flush toilets not positioned directly above the tank, or through 11/2″-diameter (38 mm) hoses from vacuum-flush toilets located below the top of the tank. A separate shaft from the kitchen can also be used to deliver compostable kitchen waste to the composting tank. During normal usage, a bulking agent (typically wood shavings or sawdust) is regularly added to the composting toilet to assist in the decomposition process.

Waste gradually builds up in the tank and decomposes through the action of aerobic bacteria. A shaft with tines on it is manually rotated with a crank to periodically mix the decomposing waste, ensuring adequate oxygenation. In the smallest model, there is only one mixing shaft; on the larger models there are either two or three. The manufacturer recommends turning the crank weekly, but one user EBN spoke with turns it daily partly for the exercise (it takes significant effort, he said). Decomposed waste that has been there the longest is at the bottom of the tank, where it can be periodically removed typically once a year. Optimal decomposition occurs when the insulated tank is in a space that stays at about 65F (18.3C).

With a properly operating family-sized composting toilet, less than a cubic foot of composted waste is removed annually. This is because most of the mass of the human waste is converted into carbon dioxide and water vapor (the primary products of decomposition), which are volatile gases. In public facilities, the amount of compost removed can be far greater (see below). ACS Note. This paragraph is not correct. For a Phoenix that is operated and maintained correctly, the annual amount of compost removed will be approximately 12 cubic feet.

An electric fan and vent pipe are located at the top of the tank to pull fresh air into the tank through specially designed air baffles in the sides and to remove gases and odors. This vent usually extends up through the roof, and the five-watt fan operates continually, using about 45 kWh per year. Sustainable building expert Jorg Ostrowski, of Calgary, Alberta added a small light by the fan that attracts fruit flies (often an unwanted member of the compost ecosystem), which are then ejected from the composter. Both fan and light can easily be operated with a photovoltaic panel and battery. Liquids are separated from solids through a drain at the bottom of the tank and either resprayed over the pile or removed. With vacuum-flush and micro-flush toilets, excess liquid may need to be removed; however, with waterless toilets, liquids are more commonly recirculated back into the pile using the manual respray system supplied with the unit. Depending on the conditions, it is sometimes necessary to add additional water to keep the pile moist enough for optimal decomposition.

Those readers familiar with the Clivus Multrum composting toilet know that this system has a large tank (significantly longer than that of the Phoenix, though ot as tall) with a sloped bottom. The idea is that waste entering the tank at the uphill end will gradually slump downward as it decomposes. The problem, according to Nelson, is that decomposed waste at the bottom of the pile in a Clivus doesn’t slide along as it is supposed to. Recently added waste often flows over the top of the older waste. The result is that waste that has not been adequately decomposed may get removed during cleanout. That’s not good from a health and safety standpoint.

Another problem Nelson had with the Clivus was pooling of liquid waste at the bottom of the tank, often becoming anaerobic (a smelly type of decomposition that occurs when insufficient oxygen is available). This led to his liquid-separation system in the Phoenix that allows manual respraying of the liquids onto the top of the composting pile. Alternately, the liquid can be drained awayeither into a conventional (downsized) septic system or a peat filtration bed.

Barry Greese, director of operations at Clivus, admitted that some of the compost remains in the rear pocket of the tank, but said this isn’t a problem. He told EBN that the company is making continual improvements to their line of composting toilets and welcomes the more active role Phoenix is playing in the industry. “If there are more companies out there talking up human waste recycling, it’s a better thing all the way around,” he said. “The more the merrier.”

No reviews were found for Phoenix - Composting Toilet. Be the first to review!