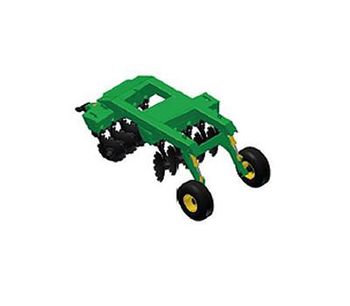 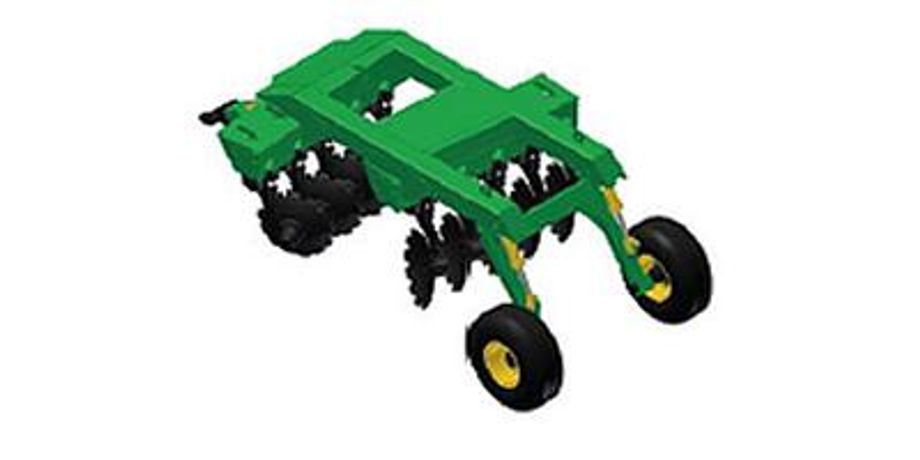 Savannah Forestry has designed the world's only Stump-Jump disc harrow. This unique machine has proved to be extremely effective when used with 4WD or rubber-track prime movers, because it allows cultivation over stumps and through high levels of debris at much higher speeds and production rates than possible with conventional, fixed-axle offsets. Each disk arm is individually mounted, with a jump height of 26' on each 36' disk, allowing the machine to work through stumps up to 12' high without damage and the constant jumping action of the disks keeps logs and debris from getting caught up. With a cutting weight of around 3/4 ton per disk, they will chop through heavy slash, mulching it and incorporating it into the soil. Made of very heavy construction, with large notation tires, they have a huge amount of under frame clearance. The folding gang frames on larger models allow them to be moved easily on country roads.

Offered as an alternative to Bedding Disks and Subsoil Plows, our Offset Disk range is ideally suited to sites with deep sandy soils that will not respond to either deep ripping or bedding and have heavy layers of logging debris. It is also designed to plow out serious infestations of pine wildling re-growth, or scrub oak, even if left to grow to heights of six or seven feet. It will also be very effective when used in conjunction with Roundup to control thick stands of tropical grass species, such as Imperata sp. or 'alang-alang'. As one West Australian forester put it, 'this is the mother of all plows'. Built in working widths from 8ft (2.4m) to 12ft 6'(4m), the largest model weighs in at well over ten tons and is one of the biggest tillage implements in use anywhere in the world. With such a robust and heavy machine, with independently-mounted disk arms, you now have total, deep cultivation capability for regrowth control, elimination of wildlings, firebreak plowing and pre-commercial thinning.