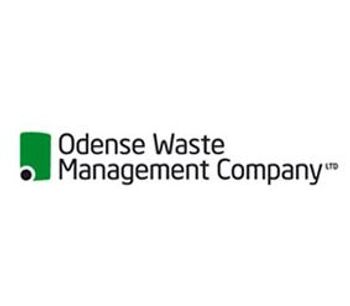 0
Share Share with Facebook Share with Tweeter Share with LinkedIn
At Odense Environmental Centre 2 types of compost is produced: One type is for gardens and contains only garden and park waste. The other type is for agricultural purposes and contains a mixture of garden waste, sewage sludge and straw.

Composting process eliminates substances harmful to the environment
The results of the experiments were positive as they showed that substances harmful to the environment were decomposed during the composting process. Moreover, no pathogens, parasites nor any significant quantities of heavy metals were found in the finished compost.

62,000 square meters for composting
In 1999 a plant for composting of sewage sludge was established at Odense Environmental Centre. The sludge was received from the three waste water treatment plants of the municipality of Odense. Today the total area for composting including the storage site covers about 62,000 square metres, of which about 30,000 are used for the composting process. The annual producion is about 35,000 tonnes of final bio-compost, most of which is today used as fertilizer for farmland crops, such as grain.

No reviews were found for Composting Services. Be the first to review!