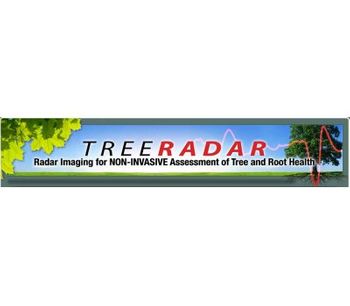 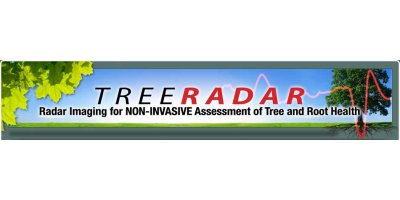 Most trees fall over because of compromised roots due to factors such as decay, severance during construction, and constricted growing conditions. At present, the only root inspection procedure is invasive – excavation – by either digging or use of a hyper-sonic velocity 'air gun' that blows away the upper soil.

TRU offers a non-invasive method for roots inspection that provides the following information:

The 2D planar view is called a 'Virtual Trench ' because it is the same view that would be seen if a backhoe were to dig a trench as long as the line scanned and an observer were to step down into the trench and examine the severed root endings to determine their location, depth, and diameter.

The 3D top-down view shows the image that would be seen by an observer in a bucket truck looking down
into the soil. The root layout is seen and along with its density in any direction from the trunk.

The antenna is placed in a custom teflon-impregnated tub and then scanned along the ground (covered or uncovered) surface using either the manual extendable handle fixture or the semi-automated mobile scanning cart.

Scan lines can be either parallel lines or circular or semi-circular lines at varying distances from the trunk. A 2D planar image ('virtual trench') is created for each line scanned, and a top-down 3D image is created to show the root layout – location and depth – for the collection of lines scanned.

1. Each Scan Line produces a “Virtual Trench” which is a 2D plot or Distance along Scan (Horizontal axis) vs Depth (Vertical axis)

2. Virtual Trench is shown as a 2D Display where each detected root appears as a dot.

3. Virtual Trench map can also be shown as a colored Root Density map.

4. Ensemble of detected roots (‘dots’) are then shown in a top-down (plan view) map where each root is color coded to represent depth.

5. Root Morphology 3D map is generated by a connect-the-dots algorithm that forms linkages between roots scan lines at varying distances from the tree trunk.

No reviews were found for Roots Inspection Services. Be the first to review!