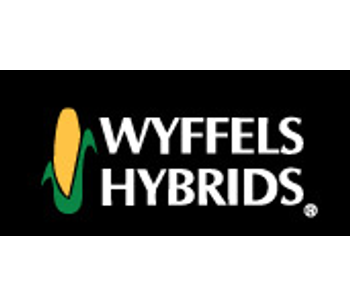 Once germination has occurred, the first part of the seedling to appear will be the radicle. The radicle is a root that will emerge from the germ of the seed. Initially, the radicle’s direction of growth will be dependent on the orientation of the seed, but it will soon align downward at a 30º to 40º angle.

After the radicle, the seminal roots and the shoot...

After the radicle, the seminal roots and the shoot will extend from the seed. While these initial roots will be the major source of water and nutrients until corn reaches the V-5* stage, they do not do this efficiently. As roots go, the three to four seminal roots and the radicle are very limited in their ability to sustain the developing plant. The function these roots perform well is anchoring the plant in the ground.

The emerging shoot of the corn plant that begins extending toward the soil surface consists of three parts: the coleoptile, the mesocotyl and the crown.

The coleoptile orients the direction of the shoot toward the warmth of the soil surface and protects the miniature plant until it emerges. As soon as the tip of the coleoptile is exposed to sunlight, it splits and allows the leaves to extend into the sunlight. Knowing that the coleoptile orients toward warmth and opens on exposure to light will make it easier to determine the cause(s) of many common emergence problems.

The mesocotyl is the white tubular connection between the crown and the seed. During the emergence process, the mesocotyl extends and pushes the coleoptile toward the soil surface.

The third part of the emerging shoot is the crown. Located between the coleoptile and the mesocotyl, the crown contains the growing point where the rest of the plant will begin to form and the nodes where the nodal or permanent roots will form. If this crown area becomes damaged, the seedling will likely be lost.

* The Iowa State University Leaf Collar Staging Method is used in this series of articles to identify the stages of corn plant development.

No reviews were found for Seedling Development Services. Be the first to review!