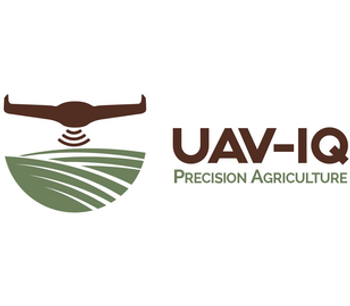 Integrated pest management (IPM), who some refer to as integrated pest control (IPC), is a multi-disciplined approach to pest management that is designed to create sustainable, balanced ecosystems in which pest populations have a difficult time establishing and growing into economic threats.

IPM programs are implemented by both conventional and organic growers, and techniques include habitat design, cultural practice, crop selection, and biological control. Pesticides still can play a role, but they are applied when monitoring efforts trigger application decisions and products are chosen and applied in ways which target specific pests and minimize the impacts on the ecosystem in general and the population of beneficial insects in specific.

Good IPM programs are essential to sustainable agriculture initiatives and can promote healthier soil. They also intentionally reduce risks to the environment, as well as to the health of workers and local communities.

By integrating multiple pest management techniques, IPM allows growers to reduce their dependence on pesticides, avoid the risk of increasing pesticide resistance, and lower their overall pest management budgets. Growers who invest the time into crafting comprehensive IPM plans also earn additional production benefits by reducing to a bare minimum the usage of products that can negatively impact  soil health on the farm and the regional environment beyond property boundaries. Not only is it the right thing to do, but there also is an increasing marketing benefit from reducing the use of products that are considered to be threats to worker and consumer health. Multiple studies, including the work of University of California Cooperative Extension, has proven that there are  economic advantages gained by implementing IPM practices in outdoor crops.

What is Biological Control of Insect Pests?

There are nearly one million known species of insects, and it can be devastating when some of them choose a farmer’s crop as their food source. However, it is often forgotten that there are many useful or “beneficial” insects and mites (aka “beneficials”) that aid farmers by preying and parasitizing pest populations. Beneficials can either be predators which hunt their prey for food, or parasitoids which lay their eggs inside hosts. These categories can be further segmented between generalists which target a wider assortment of prey or hosts, and specialists that target a more selective list of species.

Biological control (or “Biocontrol” for short) is a trusted practice gaining wider appreciation within the field of Integrated Pest Management (IPM) where pest populations are controlled through the use of the pest’s natural enemies. Within the discipline of biological control, there are three overarching concepts:

Biological control programs generate their greatest long term benefits when used as key components of preventative strategies, but growers and their pest control advisors have multiple implementation options at their disposal. Successful biocontrol plans are based upon periodic releases which maintain a large enough population of natural enemies to ideally prevent outbreaks. But if they do occur, there are applications designed to knock them down. Because applications can either be used for preventive or curative reasons, treatment goals are classified as either inoculation, when beneficials are released once during the season and control is provided for the remainder of the season by their offspring, and inundation, where future generations generally don’t survive and pests are controlled only by the applied beneficials. To go more in-depth on inoculation and inundative biological control, this blog should be a good jump off point.

To someone first learning of biological control within agriculture it may sound like a relatively obscure practice, but the utilization of biocontrol is pervasive enough to support a $5 billion market. As word continues to spread about the proven results growers are achieving, pests resistance to pesticides grows, and pesticide usage becomes even more heavily restricted, the use of biological pest control continues to steadily gain ground with a 14% annual growth rate.

Many species of pests attacking a wide range of crops worldwide are successfully controlled by using biocontrol. Specialty crops, permanent crops, perennial crops, annual crops and various ornamentals are all represented within the group of regular users of biological control. With the introduction of drones, taller crops such as nut, avocado and citrus trees are expected to increase their usage of biocontrol as are crops located in challenging territory and crops which are densely planted.

For an overview of biological control, An Introduction to the World of Natural Enemies is a good place to start, and in our blog, we have taken a deeper dive into a couple of specific examples of successful biocontrol in our backyard of California. One is mentioned briefly above, and discusses how both conventional and organic strawberry growers control two-spotted spider mites (Tetranychus urticae) by releasing the predatory mite Phytoseiulus persimilis. A second article discusses the use of a parasitoid wasp “Anagyrus pseudococci” by growers in the Coachella and San Joaquin Valleys to control vine mealybugs.

The goal of biocontrol is not to completely eliminate a pest population – that is unrealistic for scientific reasons and impractical for economic ones. Instead, the goal is to keep pest populations under acceptable thresholds by ensuring an optimal balance of natural enemies and pests. The two most important thresholds are; the level at which a specific number of pests causes economic loss equal to the costs of managing the pest (economic injury level, or “EIL”), and the pest density at which action should be initiated to prevent populations from reaching the economic injury level (economic threshold level, or “ETL”). The ETL is critical because the positive effects from actions are usually not immediate, so waiting until the pest population crosses that EIL means that it is going to continue to grow for a little while and cause more economic damage than it would have cost to treat earlier.

The mathematical formulas used to determine these levels are relatively simple, however, deciding which factors to weigh in your decision making is a bit of an art that requires balancing the desire for a precise answer with the need for simplicity and must also consider the practical implications of monitoring multiple variables.

For a more in-depth discussion of economic threshold levels, you may enjoy reading this article.

How Do You Start a Biological Control Program?

Pest control experts are ready to build customized, cost-effective plans that take multiple variables associated with climate, entomology, pest and crop-specific characteristics  into account. A primary consideration is making sure decisions are based upon appropriate threshold levels, and once economic parameters are defined, preventative and curative integrated pest management plans can be tailored to meet both entomological and budgetary constraints.

To determine when thresholds levels will be reached, the implementation of a field scouting strategy is necessary. In an interview we conducted with a technology developer moving field scouting into the digital age, the founder of the popular pest management app Farm Dog explains some of the benefits of collecting accurate pest pressure data.

In addition to having access to a growing number of experts who are willing and able to advise growers, there are advances in technology which can improve the quality of the applications as well as simplify the logistics. For example, release systems mounted to drones can precisely regulate flow rates to ensure uniform distribution throughout an application, and hiring a single drone service provider can also free up time spent coordinating with the insectary, the shipping company, teams of 5-20 people. Drone services are priced competitively with manual labor, so higher quality can be achieved without restructuring biocontrol budgets.

No reviews were found for UAV-IQ - Integrated Pest Management Service (IPM). Be the first to review!