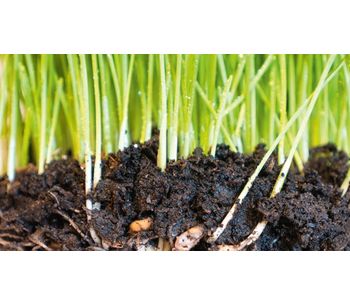 What nutrients are left in your soil?

Knowing, not estimating , means better soil health  and profitability
Farming in Western Canada means working in a climate of extremes–hot or cold, wet or dry. It’s a conundrum that drives agriculture innovation, new technologies and precision agronomy practices on behalf of Prairie farmers that’s appreciated around the world. Last year, many farmers worked to deal with extreme dryness. This year, it’s wet conditions, even flooding, in many areas.

On any given year, flooding creates havoc within your nutrient management and fertilizer strategy. Today, as fertility product costs, nitrogen in particular, have skyrocketed, the problem is intensified. This is where turning to progressive practices such as variable rate fertilizer application can make a critical difference to both your soil health and your farm’s annual profitability.

Whether you applied nitrogen fertilizer last fall or simply had decent residual levels after last summer’s dry-induced disappointing crop production, if you’ve got waterlogged acres in your fields, it’s likely your nitrogen levels and other nutrient uptake have been impacted.

“One of the biggest issues is the denitrification of nitrogen,” says Garth Donald, agronomy manager with Decisive Farming. “When water seals the oxygen off from the ground, it causes the nitrogen to convert into nitrous oxide, which is a gas. That gas then bubbles up out of the ground, through that water, and up into the air, causing you to lose that nutrient.”

Up to 45 per cent of nitrogen can be lost through denitrification due to excess water. Some of the nitrogen in your fields may also leach away. “In theory, you can have 40 per cent gas-off and close to 40 per cent leach away for a total of an 80 per cent loss,” says Donald.

Additionally, sulfur levels may be impacted but in a different way. “Sulfur doesn’t gas off, but because it’s a mobile nutrient it tends to leach, going down deeper into the profile,” explains Donald. “For some crops, it can move down deeper than where their root systems are. We’ve seen sulfur go down as deep as six feet in these situations. Can it come back? Yes, but in those areas where it becomes deficient, it has to be addressed.”

Unless moisture is so extreme it causes runoff that takes soil with it, you likely don’t have to worry about your phosphorous or potassium levels as they are non-mobile nutrients and will not gas off. “For the most part, these are relatively stable nutrients and in extreme wet conditions where the water just sits in the fields, they’re not going anywhere,” says Donald.

Assumptions can cost you, know with certainty what your soil’s nutrient levels are

Loss of residual nitrogen through denitrification has many influences and outcomes. The best way, and really the only way, to know exactly where your soil’s nutrient levels sit, is through good soil testing. “That’s going to give you the most accurate picture,” says Donald. “Because, if water’s been sitting there, there’s no crop to tissue sample. And tissue only shows what’s available in the plant, not what’s left in the soil.”

Determining the ideal distance and depth to test will vary case-to-case and require informed zone management, especially after the last few drier years as farmers have seeded more of their acres including concaved areas that normally tend to carry water. Donald says it’s likely those areas may be impacted, but keep in mind those acres are not usually worked into your typical year’s production. Because every farm is unique, collaboration with your agronomist can help you establish the best approach to soil testing.

Once you know exactly what’s happening under the surface of your fields, your variable rate fertility program guides you to put down exactly what you need and where your soil needs it. This is an especially valuable tool when fertilizer costs are so steep while commodity prices sit at record highs, too. The stakes are high. “Knowing what you need is the biggest thing,” says Donald.  “We came out of last year with super high residuals that meant not overfertilizing this year. Even with the extreme wet conditions, we have quite a difference of material plant growth, so that takes up fertilizer.”

As you use precision agronomy practices and tools to take great care of your soil, replenishing nutrients only where needed, your bottom line also looks better at the end of the season. “Knowing what is in your soil and how to manage that fertilizer dollar to its most efficient manner is key moving forward,” says Donald. “And that’s what variable rate fertility does on the farm.”

No comments were found for What nutrients are left in your soil?. Be the first to comment!