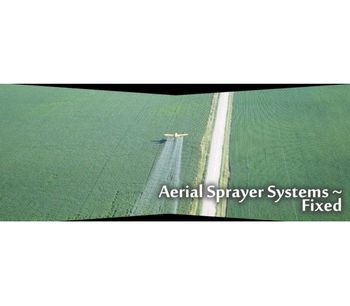 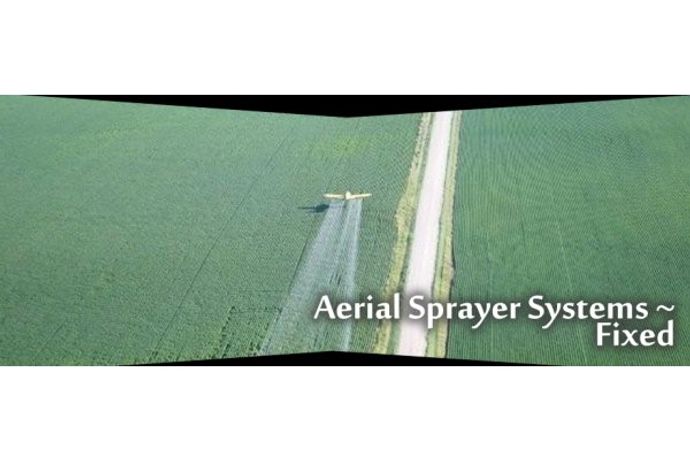 Aerial applicators around the world now rely on the Spectrum Aerial Electrostatic System to improve spray performance, reduce operating costs, and enhance environmental and human safety. The Spectrum Aerial system is used by aerial applicators to control soybean rust in Brazil, to spray sugarcane in Africa, to protect cereal grains and other crops in Australia, and to spray rangeland, cotton, rice, corn, potatoes, sugar beets, grapes and other crops in North America. The Spectrum Aerial System was developed by USDA-ARS engineer James B. Carlton, Ph.D., and is patented by the USDA (United States patent no. 5,975,425 In 1999). In 1999, USDA issued Spectrum Electrostatic Sprayers, Inc., exclusive license to manufacture and market this innovative technology.

Spray Volumes
The system is designed and set up initially to spray 1 gallon per acre(gpa) / 10L/Ha.
This is the volume most operators/pilots use. However, many operators/pilots after learning the system capabilities reduce their volumes and experience great success. The system is capable of spraying up to 3 gpa on turbine aircraft and 4 gpa on piston aircraft. The results of spraying at 1 gpa will be equal to or better than any other spray volumes using conventional nozzles.

How Spectrum aerial nozzles charge pesticide solutions
The patented Spectrum electrostatic nozzle features a liquid-emitting hydraulic orifice centered within a ring-shaped electrode. As the emitted liquid is broken into droplets, the droplets are simultaneously exposed to an electrostatic field that induces the chemical droplets with a positive or negative charge before their release over target surfaces. Before chemicals and water are given an electrostatic charge, they are electrically neutral. This means the atoms of the molecules inside contain the same number of (+) protons and (-) electrons. The Spectrum aerial electrostatic power system is designed to either negatively or positively charge the electrodes which encircle the hydraulic nozzles. The result is that negatively charged spray droplets temporarily contain more negatively charged electrons than protons, while positively charged droplets temporarily contain more positively charged protons than electrons. This temporary modification of electron/ proton balance does not alter the chemical makeup of active ingredients.

Electrostatic force influence on spray droplets
Research shows that uncharged small droplets are more susceptible to offsite drift than are electrostatically charged droplets. When sprays are uncharged, the droplets and target surfaces have virtually no influence on one another. The movement of uncharged droplets is controlled by forces generated by the application equipment, e.g. pressure, air, and by external forces of air drag and gravity.

How charged droplets improve deposition
Electrostatically charged chemical droplets deposit more uniformly on target surfaces. Unlike uncharged sprays, which tend to coalesce into larger droplets before reaching the target, charged sprays resist coalescing, both in transit and during deposition. When all the droplets carry either a positive or negative charge, uneven movement of droplets within spray plumes in transit is reduced because similarly charged droplets repel one another and retain their original size. As each droplet is deposited on the target surface, the electrical charges rebalance at that side, making it no longer attractive to other incoming charged drops. The mobile droplets falling are, therefore, pulled instead to remaining surface sites that continue to exert attractive electrostatic forces.

No reviews were found for Aerial Spray Systems - Fixed. Be the first to review!