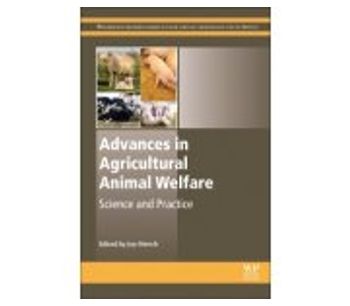 Advances in Agricultural Animal Welfare: Science and Practice fully explores developments in the key areas of animal agricultural welfare assessment and improvement. Analyzing current topical issues, as well as reviewing the historical welfare issues, the volume is a comprehensive review of the field. Divided into four sections, the book opens with an introduction to animal welfare research. Part One reviews advances in animal welfare science, looking at behavior, veterinary science, genetics and genomics. Part Two looks at transdisciplinary research in animal welfare, with coverage of bioethics, sustainability and the social sciences.

Part Three explores the process of translating science into policy and practice, and includes topics such as legislation, market-driven approaches and the work of NGOs. The final section looks at emerging issues in agricultural animal welfare with a focus on small scale and urban farming.

With its distinguished editor and international team of contributors, the book is a standard reference for welfare research scientists and students, practicing vets involved in welfare assessment, and anyone with a professional interest in the welfare of agricultural animals.

1.Animal welfare science and its application

No comments were found for Advances in Agricultural Animal Welfare. Be the first to comment!