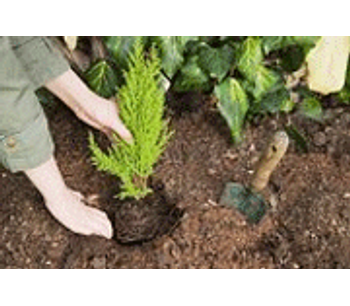 With 541,176 young mangroves trees planted by 300 volunteers from the local fishermen communities just in one day, the country broke the previous 447,874 record held by historical rival India.

In response to the achievement WWF awarded Pakistan’s Environment Minister Hameed Ullah Jan Afridi the Leaders of the Planet title, an award recognizing individuals making a significant personal contribution to the conservation of the natural world and sustainable development.

'This is a wonderful example of partnership between government, local communities and the private sector for a common cause, for conservation,'said Richard Garstang, the head of WWF Pakistan Wetlands Programme.

'It is good to see a productive competition between Pakistan and India. We hope that tree planting competitions will become as popular as cricket matches,'he said.

The mangrove tree planting event was held in the vast wetland ecosystem of the Indus River Delta in the Southern Sindh Province, some 150 km south east from Karachi - a unique sanctuary of biodiversity designated in 2002 by the Government of Pakistan as a Ramsar Site (Wetland of International Importance), with support from WWF International Freshwater Programme.

Covered in mud and sweating, the 300 volunteers who have been trained to plant record numbers without using any mechanical equipment, worked all day in a temperature of up to 37° before breaking the score. Their efforts were also a special contribution to the global fight against climate change.

Scientists say deforestation contributes to about 20 percent of all carbon dioxide emissions and that reducing deforestation is one of the quickest ways to fight rising temperatures. Forested Wetlands such as mangroves, flooded forests and many peatlands play a crucial role in this respect.

A planting interval of just over 2 m was used in order to give the young Red Mangroves plenty of room to spread their canopies as they grow. Planting was confined to the mudflats of the inter-tidal zone - the area between the high and low tide marks. The trees are expected occupy approximately 325 ha of the island.

Mangroves are being cut in Pakistan and other countries for fodder, fuel and timber but their over- utilization has very damaging consequences. Apart from their crucial role in providing habitat for many organisms including fish, shrimps, lobsters, oysters and algae, mangroves also protect the coast from erosion, as well as hurricanes and tsunamis.

No comments were found for WWF rewards Pakistan for tree planting world record. Be the first to comment!